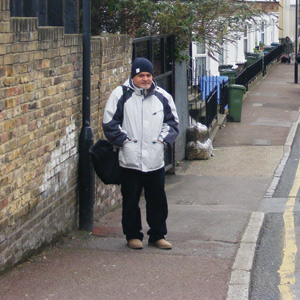 New life: finding a home in UK after the journey from Syria 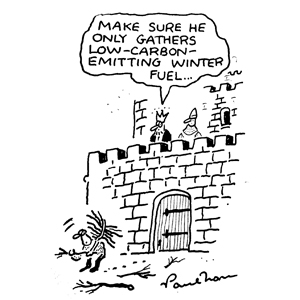 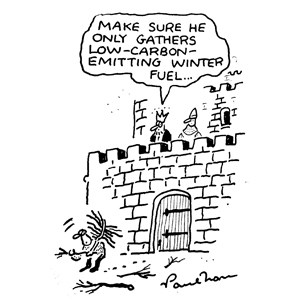 Among the more engaging British films of the early 1960s was a sci-fi version of the apocalypse entitled The Day the Earth Caught Fire, whose central premise was that the planet had been jolted out of its orbit by atom bomb tests and was headed towards the Sun, and incineration.

In the story, a further series of nuclear explosions is planned to put the Earth back on its normal track, and at the movie’s end we see two alternative newspaper headlines prepared for the outcome (although we don’t find out which was used). One says “WORLD SAVED”. The other says “WORLD DOOMED”. If only it were that simple now.

The global warming treaty agreed in Paris last Saturday, 12 December, might well seem like the answer to the most dangerous threat the planet has ever faced in human times, if we are to judge from the euphoria of the people who put it together – the 25,000 politicians, diplomats, scientists and government officials who constituted the UN climate conference in the French capital. The delighted celebrations, the whooping, the backslapping and the cheering of everyone from François Hollande, the French president, to Ban Ki-moon, the UN secretary general, might strongly suggest that the deal reached between no fewer than 195 countries to tackle the problem of climate change was, in fact, the solution to it.

Yet over the succeeding hours, many commentators in the wider world took a wholly different view: that this treaty was a toothless covenant, useless in practical terms – a piece of hot air that would of itself do nothing to hold back the real man-made warming of the atmosphere which is approaching, with potentially catastrophic results.

So which group is right? Well, the awkward reality is, that both are. The Paris agreement of 2015 is at once enormous, and minuscule; hugely significant and largely inconsequential. And if you want to understand this paradox, you have to understand the truth at the heart of it: this accord, so laboriously put together over four years, is about process, and not about outcome.

Specifically it is about the climate-change negotiating process, a long-drawn-out series of international talking shops analogous to the Middle East peace process or the World Trade rounds, which began with the signing of the UN Convention on Climate Change in 1992. The aim of the convention is to prevent dangerous global warming by curbing the emissions of greenhouse gases, principally the carbon dioxide given off from industry and transport, whose steady accumulation in the atmosphere is causing temperatures to rise; and its member states meet in conference every year.

Over its 23 years of existence, there have been two serious attempts at forging multilateral agreements to make countries cut their CO2: one at the Kyoto conference in 1997, which was a limited success, and one at Copenhagen in 2009, which was an unmitigated failure. Both were bedevilled by the thorny issue I wrote about in some detail here three weeks ago: the heated argument between the developed (rich) and the developing (poor) countries, over who should do what, with the developing countries insisting that the rich nations alone should take action, as they had put most of the CO2 into the atmosphere in the first place, and the rich nations asserting that some of the so-called “developing” countries such as China and India were now carbon emitters on a mammoth scale and it was incumbent on them to take action themselves.

Seen strictly in these terms, the Paris agreement is a triumph, because under it, all the countries of the world, for the first time ever, have pledged to cut their emissions with the aim of keeping the anticipated temperature rise to “well under” the figure of 2°C above the pre-industrial level, which is regarded as the danger threshold for the world. When you consider that before last Saturday afternoon, the three biggest CO2 emitters – China, the US and India respectively, who together account for more than half the global total – were not bound in any way to cut their carbon, the size of the achievement becomes clear.

However, the cuts that nations will make under the agreement are bottom-up rather than top-down – that is, their CO2 reduction targets are not dictated from the outside, but are determined domestically by each country on an entirely voluntary basis. (This was the only way that the participation of all countries, rich and poor, could be guaranteed.) And when the first round of these voluntary targets was put together and analysed just before the conference, it was found that, even if implemented in full, they would only limit the warming to 2.7°C at best – well into the danger zone for the world.

They were hugely inadequate. What the negotiators did, therefore, was construct a mechanism to ratchet up the CO2 reductions over time, so that eventually they might indeed be sufficient to hold global warming in check. This consists of two elements: a legally binding commitment from all countries to make a stronger carbon-cutting plan every five years, and a transparency agreement, on the same terms for all nations, rich and poor, to ensure that no one is cheating when they do so.

That’s the essence of Paris 2015: a machine to make every country in the world cut its greenhouse gases so that climate change can be halted. That it has been successfully agreed, and that all countries have agreed to it, thus transcending the perennially obstructive fault line between rich and poor nations, is a staggering accomplishment. That is why the delegates in the Le Bourget conference centre last Saturday were whooping and cheering, and on their own terms they were justified in doing so. But will the machine work? That’s a different question entirely.

For it is by no means the case that all emitters will immediately start cutting their emissions. Developed countries have agreed to make absolute CO2 cuts across their economies – eventually – yet the developing nations have only agreed to cuts in their emissions’ rate of growth. Take India. It currently has 1.25 billion people, but fairly soon it will overtake China with its 1.36 billion souls to become the most populous nation on Earth. Understandably, India wants to repeat the Chinese trick and pull its people out of poverty, and in particular it wants to give electricity to the 400 million of its citizens who are currently without it – and it is going to do this by burning the cheap coal it has in abundance. Here we are with everyone talking about cuts: but India’s CO2 emissions are going to explode.

Yet you can’t single out India for blame. The UK is no better. British Conservative politicians from David Cameron down parroted their approval of the Paris treaty, but since its election in the spring and the jettisoning of its inconveniently green-minded Liberal Democrat partners in the former coalition, the Tory Government has been slashing support for renewable energy schemes left, right and centre. Most egregiously, only a week before the Paris conference began, Chancellor George Osborne cancelled the world-leading British project on Carbon Capture and Storage, a new technology that will be vital in cutting CO2, in one of the most short-sighted ­political decisions it is possible to imagine.

No nation relishes decarbonising its economy, because switching energy systems costs a fortune. Even though all countries officially recognise it is vital, it is probable that they will all do it at as slow a speed as they think they can get away with. The key question is, as the world population continues to soar, and the world’s economies soar with it, can reductions in global greenhouse emissions be made quickly enough and on a large enough scale to rein in the warming before it gets away from us – even with the Paris treaty’s mechanism of pushing countries to do better every five years?

It is perfectly possible, and indeed critics of the agreement would say it is extremely likely, that the answer is no. In any case, it will take decades, and in those decades the global climate – which historical evidence shows reacts to stress in a non-linear, unpredictable and sometimes enormous way – may by then have produced what a famous scientific paper once referred to as “unpleasant surprises in the greenhouse”, such as unforecast melting of the Greenland and Antarctic ice sheets, which would raise sea levels around the world with catastrophic results, or the disappearance of the Gulf Stream.

So it’s a mixed bag with the Paris agreement. Yes, the process has been fixed, and that’s ­terrific, and for the first time points to a ­solution; but the outcome isn’t guaranteed. We simply cannot say, with the sub-editors of the old broadsheet Daily Express, in their 144-point Century Bold caps, in The Day the Earth Caught Fire, either WORLD SAVED, or WORLD DOOMED.

But I think we can say that it’s given us a chance; and Deo gratias for that.

Michael McCarthy is the environment columnist for The Independent. 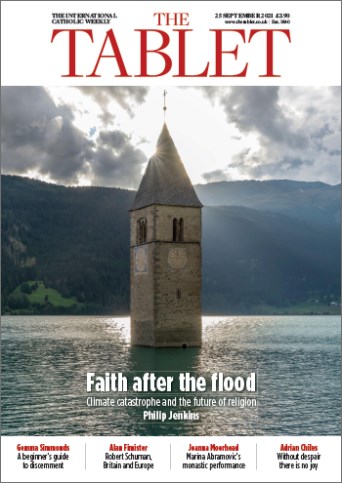