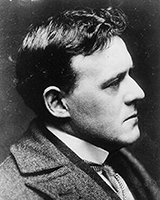 by John Morrish
My son marched in from borrowing my car the other day. “What is that CD you’ve been listening to?” he said. Bracing myself for the usual burst of cross-generational scorn, I explained that it was Decade, a compilation of early Neil Young material. “It’s … quality!” he enthused. Or rather, “quali ’y”: the glottal stop is compulsory.I tell this story not for its surprise value – who can predict what the young are going to think about anything, let alone whiny Canadian singer-songwriters – but as an example of the changing role of the word “quality”. The OED has about 5,000 words on the use of “quality” as a noun; precisely 84 on its use as an adjective, and none at