Timeline: The Synod’s questions and the laity’s responses

In the line of fire 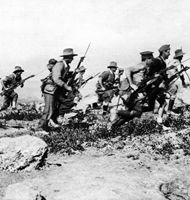 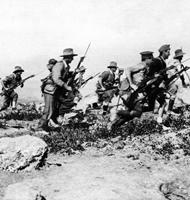 The disastrous action begun a century ago today by British and French troops against the Turks and their German allies, in which half a million men were killed or wounded, is the backdrop to a family tragedy at the heart of a new novel Gallipoli would probably be just another disastrous campaign of the First World War for me had not my grandfather, Brigadier-General Thomas Pakenham, Earl of Longford, fought and died there. Tom Longford, as he was usually called, was a kind, interested father who wrote constantly to his six children, all under 13 when he died, often illustrating his pages with little drawings. One to my father, Frank, nine years old when Tom died, gives tips on rowing on the garden lake in Ireland and is illustrated by a little boy catching a crab and falling backwards.Fr