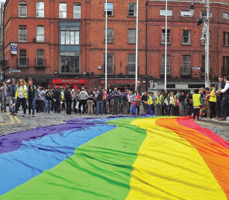 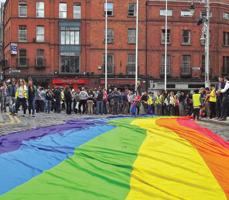 As Ireland prepares to vote in a referendum on same-sex marriage, sharp differences are emerging within the Church about the tone of the debate. Fundamental issues of family structure, children’s welfare and the rights of gay people are at stake If the Irish vote in favour of same-sex marriage in May, the following will be added to the Irish Constitution: “Marriage may be contracted in accordance with law by two persons without distinction as to their sex”. Announcing the wording, the Minister for Justice and Equality, Frances Fitzgerald, said: “The issue is one of equality, marriage equality. It is about removing the barriers which deny some couples the chance of marrying and of having relationships that are constitutionally protected.”Though some opinion p