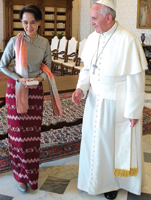 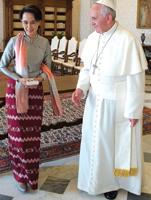 As Catholics celebrate the appointment of Myanmar’s first cardinal, religious violence in the country formerly known as Burma is being fanned for political gain by a desperate government ahead of a general election later this year Among the 20 new cardinals receiving their red hat from Pope Francis last Saturday, the one with perhaps the most striking name was Charles Maung Bo, the Archbishop of Yangon – or Rangoon, as the former capital used to be known. The Catholic Church in Myanmar recently celebrated its 500th anniversary, yet Bo is the first cardinal to be appointed from this South East Asian country of about 51 million people. He returns to Myanmar at a moment when religion is playing a defining role in its future, for better and also, unfortunately, for worse.Under Pr