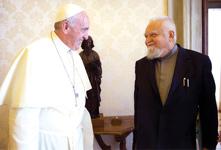 In 1968, the first candidates for Enzo Bianchi’s new experiment in monastic life knocked on the door of his remote farmhouse at Bose in the hills of Piedmont. To his surprise, they included a woman and a Reformed pastor from Switzerland. Bianchi interpreted what was happening as a sign from God, and he decided there and then that his fledgling monastery would be a community of men and women, from different denominations and countries.More than 40 years on, Bose has become a thriving monastic community visited by more than 25,000 people a year. Bianchi’s distinctive approach to dialogue between Christians of different traditions has brought him admirers around the world. Among them is Pope Francis who made Bianchi consultor to the Pontifical Council for Promoting Christian Unit