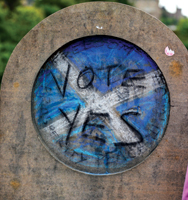 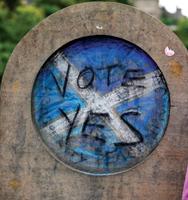 With less than two weeks to go before Scots vote to decide whether their country should leave the UK, a charity worker and academic explains how Catholic Social Teaching underpins his hopes for the emergence of a new independent Scotland I  lived overseas, first in Rome and then in Sydney, for 18 years. When I returned home to Scotland in December 2013, I came back to a different country where the “Scottish cringe”, that lack of self-confidence in Scottish abilities and the fear of responsibility for running our own country I had witnessed when younger, had been radically reduced by the advent of the Scottish Parliament. The parliament has successfully run Scotland under the limited powers of the Scotland Act and has shielded us from some of the policies of a Conservativ

Duncan MacLaren's piece would have more resonance if Scot's were a relatively marginalized and disenfranchised group within the UK. If so, I for one would back `Yes'. But Scots have built the UK and play highly influential roles in all its major institutions. In this context, separation would be a relinquishment of our own well deserved inheritance. Contrary to the perspective offered here, my many Scandinavian colleagues are baffled by the impulse towards separation in these circumstances.