Uncork and light up

What are Catholic schools for? 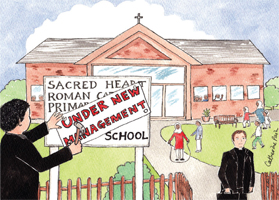 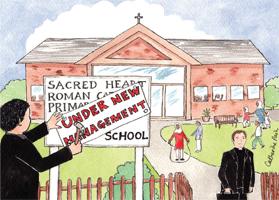 A Catholic primary school, almost all of whose pupils are Muslim, is being transferred to the Church of England, a decision questioned by its chairman of governors, Nicolas Kennedy The recent announcement that a Catholic primary school in Lancashire has applied for academy status under the sponsorship of a Church of England diocese, with the blessing of Salford Catholic Diocese, raises important questions about the ability of Catholic schools to offer effective education to non-Catholic children, or even to Catholic children when there are many non-Catholic children in their school.The school at issue is the Sacred Heart Roman Catholic Primary School in Blackburn, of which I have been chairman of the governors throughout a long period of uncertainty. It has spent the last seven years see