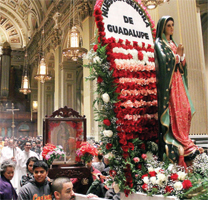 Know them by their fruits

More and more aid to the poorest countries of the world is being delivered by faith-based charities. Yet the latest in a series of public discussions on the role of belief in the modern world revealed tensions and suspicions about their work, as one of the organisers reports Opening the penultimate Westminster Faith Debate on religion and development, the former director of the World Bank, Robert Calderisi, said that the Catholic Church has probably lifted more people out of poverty in more countries than any other organisation in human history. As the author of “An Open Letter to Pope Benedict XVI from a Gay Catholic”, Mr Calderisi cannot be accused of being uncritical. When he weighed the Church’s positive contributions against its missteps, he discovered a series of