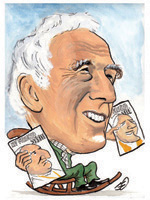 Cast in the Spirit 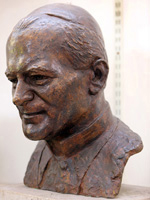 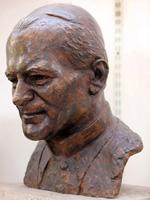 Beams of spring sunshine stream through the vast window of Arthur Fleischmann’s studio in St John’s Wood, north London, alighting on works in bronze, plaster and Perspex. There are devotional pieces, including rounded bronze heads of the Virgin and Child, a crucifix in bronze with a carved Perspex surround with scenes depicting the life of Christ. There are non-religious subjects, too: portraits of John F. Kennedy and Barry Humphries’ alter ego, Dame Edna Everage. But pride of place goes to busts of two popes: John XXIII and John Paul II.Today, it is possible to find Fleischmann busts of popes in the three British seminaries in Rome: John XXIII is at the Beda, Paul VI at the Pontifical Scots College and John Paul II at the English College. There is also a bust by Fleisch