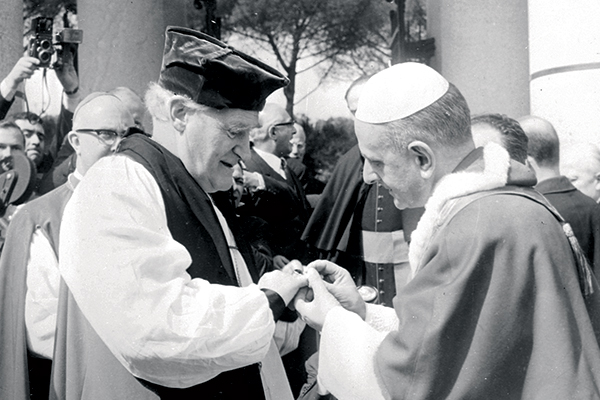 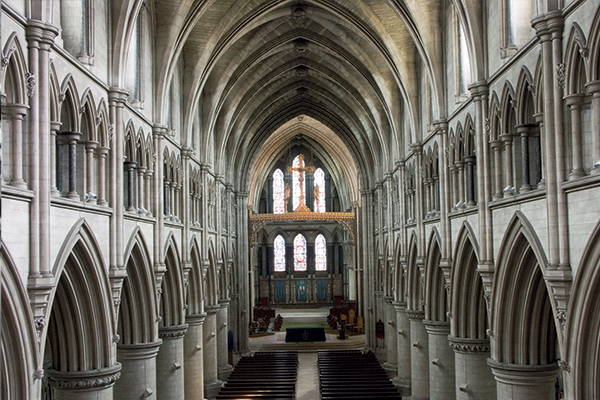 Poor George Gilbert Scott Jr. He’s been referred to as “Mad Scott”, or more often “Middle Scott”, to distinguish him from his father and his son, towering architects of the nineteenth and twentieth centuries, respectively, and both honoured with knighthoods. His father, Sir George Gilbert Scott, was responsible for such works as London’s Albert Memorial, the Foreign Office and the Midland Hotel above St Pancras Station. His son, Sir Giles Gilbert Scott, designed Liverpool Anglican Cathedral, Battersea and Bankside Power Stations, the red telephone box and a wealth of Catholic churches.

So, what of Middle Scott? He was also a highly regarded architect and designer, though few of his buildings have survived. An exception is the Catholic Cathedral of St John the Baptist, Norwich, the biggest commission of his career and Grade I listed. Like its creator, the building is in the shadow of an illustrious forebear: Norwich’s beautiful medieval Anglican cathedral.

In addition, St John’s is cut off from the city centre by a ring road and roundabout, marring views from that direction and making it less easy to access on foot. The fabric of the building has suffered in recent decades and there is a long list of essential repairs. But under an energetic and enthusiastic conservation architect, these are in the process of being addressed.