In search of the soul 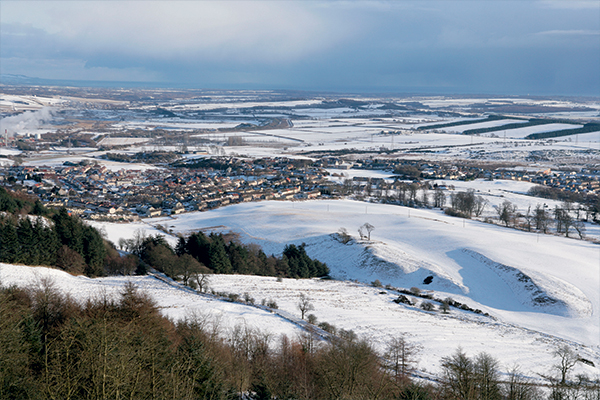 ‘In the lovely, bleak midwinters of my home place, I feel alone, singled out by the light’ (Ballingry from Benarty Hill, Fife)
Photo: Alamy/Porridge Picture

It’s mid-morning on the low Fife ridge where I live, a lone buzzard calling across the fields, a line of beech trees set, preternaturally still, against a diaphanous backdrop of not-quite-white, but not-altogether-grey mist, sparse enough that, now and then, a dilute gold light filters through, but thick enough that whatever else is out there – hares scouting the fence lines, say, or the wide, stark absence of a deserted pasture – is just beyond my apprehension. I could say that it is early summer, if I ­subscribed to anything so crude as the notion of fixed seasons, but this is Scotland and, besides, on my particular stretch of austere, if not quite barren hill-ground, summer is mostly ­hypothesis.

Still, I must admit that this provisional sense of time and tide is what makes my small parcel of land so nourishing to what used to be called the soul. I love the winters here, when the snow comes thick and deep, hemming us in so that we are blessed with the gratifying task of keeping ourselves entertained, the sense of solitude deepening day by day as the illusion of linear time fades and the world comes to a chill, questionless standstill. Once again, without resorting to dogma and, lacking a more acceptable terminology, I am obliged to identify this winter sojourn as a spiritual experience – and for any but the most hardboiled materialist, it is discernibly so, if only for the stark connection with the ineffable that it suggests.