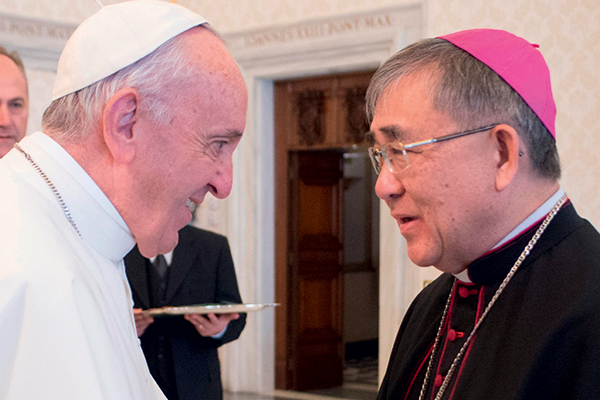 School for rebels: women and the Church 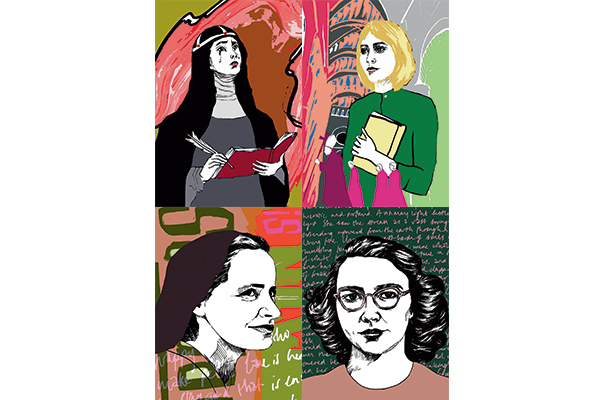 Top left then clockwise: Bridget of Sweden, Catherine of Siena, Flannery O’Connor and Corita Kent. Opposite page: Joan of Arc

The Catholic Church is sometimes considered a place of constraint and blind obedience for women. But throughout history it has held out possibilities wider and richer than the limited roles for them that the secular world had to offer

As we all know (or should do), life is very little about what we say, and very much about what we do. I learnt that early and, like much in my life, I learnt it via Catholicism. The nuns at my boarding school couldn’t have been clearer in what they said about their hopes for us: marriage, babies, a cosy and secure future running a household. But what they showed us was very different: here were autonomous, independent women running a successful business in a highly competitive environment – and they relied on no man. So while I heard what they had to say, seeing how they lived meant a great deal more. It was bold, and it was liberating. Over the last few months, the nuns at my school have been in my mind a lot. I’ve been writing a book for girls about some of the women in the history of the Church – and what I’ve realised, time and again, is that, like the sisters who taught me, the crucial message of the female saints is what they actually did with their lives. Because when it comes to Catholic women, we are inundated with doers who, even if they might have had to kowtow to male authority, were determined to do their own thing, in their own way.

I’m thinking of women like Giuditta Vannini (1859-1911), who pressed ahead with founding a religious order to care for the sick despite getting no support from the Vatican: the 800 nuns in her order today work in 22 countries across the world. And the extraordinary Catherine of Siena (1347-1380), who overturned the idea that being a nun meant living behind a convent’s walls. Women Religious, she believed, could be active in the community, working among the poor and the sick – and that’s exactly what she chose to do. Catherine exemplifies another trait I came to see in many of the women I’ve been writing about: she was determined to change the way the Church was run.