Our woman in nineteenth-century Paris: the Irish-French writer Kitty O'Meara 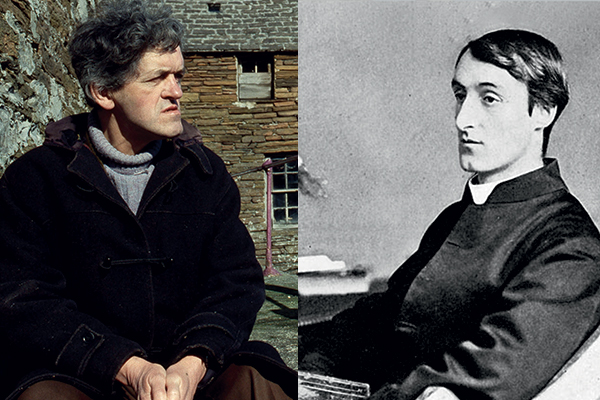 Gerard Manley Hopkins and George Mackay Brown were both Catholic converts, shy and tormented by depression, whose poems are filled with delight in Creation. A recently discovered cache of Brown’s notebooks shows how deeply he empathised with Hopkins’ inner struggles

A poet’s hope, W.H.?Auden believed, is “to be like some valley cheese, local, but prized elsewhere”. No twentieth-century poet was more local than George Mackay Brown. He was born in the Orcadian seaport Stromness in 1921, and there, pretty much, he stayed – not even venturing the 15 miles to Orkney’s capital, Kirkwall, until he was in his mid-twenties.

In an age of Concorde and inter-city travel, he was as rooted in his landscape as John Clare or William Barnes. But, by drawing his boundaries so closely around him, he allowed his imagination to range freely through time and space. As Seamus Heaney put it, “George Mackay Brown transformed everything by drawing it through the eye of the needle of Orkney.”

So there was consternation among his friends when, in June 1989, Brown announced that he planned to make his first (and only) trip to England. The centenary of the death of Gerard Manley Hopkins was approaching, and the Bodleian Library in Oxford was putting on an exhibition of his manuscripts. The similarities between Hopkins and Brown were striking: both were converts to Catholicism, shy, spiritual, passionate, tormented, but also filled with euphoric gladness by the wonders of Creation.