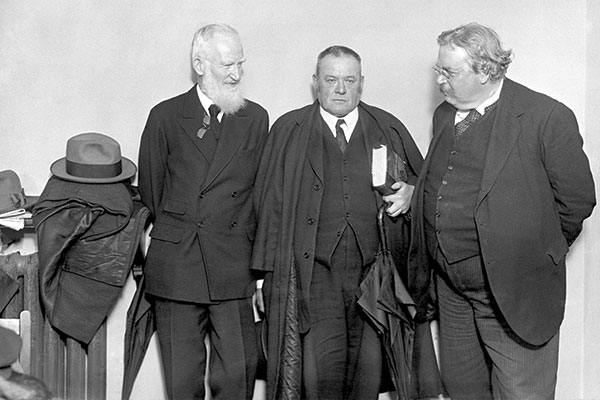 He was a better writer than Chesterton, but his opinionated, prescient, subversive, melancholy and often hilarious journalism, history, travel writing and children’s verse is rarely read and almost forgotten. For all his gifts, even his official biographer would not welcome a revival

Hilaire Belloc was born on 27 July 1870. He died a couple of weeks before his eighty-third birthday, in 1953. To British and American Catholics of those times it would have been unimaginable that one day his name would fade, for he was by far the starriest defender of the faith, and his books were on the shelf of every literate Catholic – histories, in abundance, travels, poetry, apologetics, economics, politics.

I still treasure a bookmark made for me when I was about six by a teacher, Sister Mary Alban OP, inscribed in her matchless calligraphy, with Belloc’s lines about the grace of God being in courtesy – not always a grace of which he availed himself.
It is now 40 years since Belloc’s grandchildren approached me and asked me to write his life. I was an unlikely choice, being the Hon Sec of the Wishy Washy Society, whereas Belloc liked banging the drum. Remember the Arundel carol: