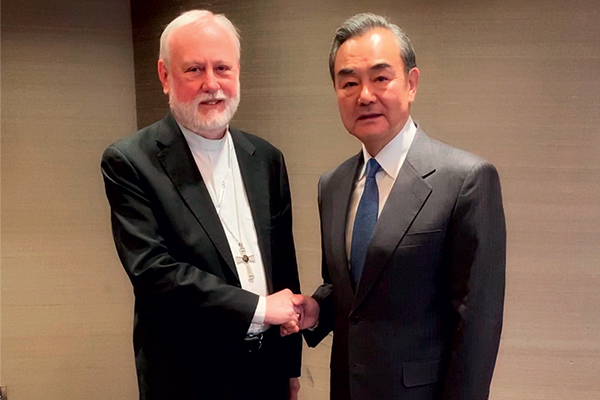 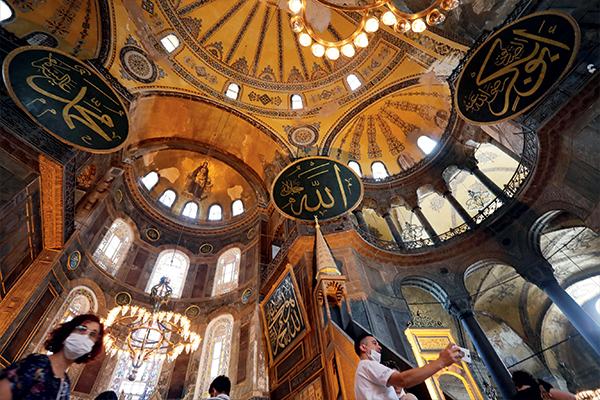 Visitors inside Hagia Sophia in Istanbul at the end of June
Photo: CNS/Reuters, Murad Sezer

Mr Ismail Kandemir, a 75-year-old retired mathematics teacher from the town of Bursa in northwestern Turkey, is a happy man. After a quarter-century of campaigning among the country’s grass-roots Islamist movements, he has succeeded in getting Hagia Sophia, the basilica built by the Emperor Justinian I in 537 AD, reopened as a mosque after 80 years as a museum.
Turkish newspapers report that inside the building, whose 31.3-metre dome was the largest in the world until the end of the Middle Ages, “feverish work” is under way to have the building ready for the reopening next Friday. On 24 July, midday prayers will be held in the building for the first time since 1934. From then onwards, namaz prayers will be performed five times a day.

The decision to change was, of course, taken by Turkey’s President, Recep Tayyip Erdogan, who wants to see full Islamic piety and culture restored to a country that has been a secular republic for about eight decades. This week the President described the 1934 decision to turn the former mosque into a museum as “an act of treason”. In twenty-first century Turkey, if a place has ever been a mosque, it must become one again, irrespective of location or history.