No way out of the mess: the 2019 general election 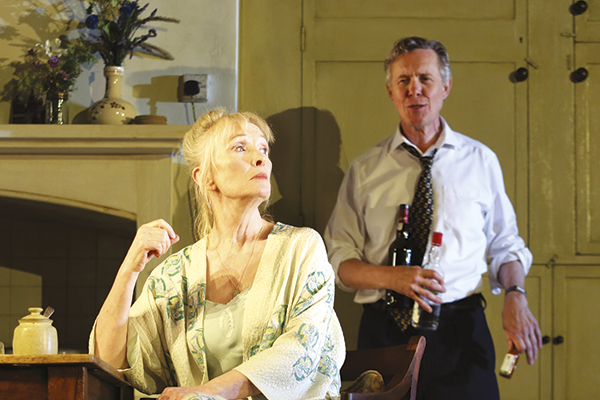 Our lobby correspondent has reported on 12 general elections. But her thirteenth will be like no other – and the first about which she says she has no idea what result might be best

There is only one question that the electorate of this country wants answered by the general election with which we are now faced and that is how to achieve a resolution of the political paralysis which has transfixed the government of the United Kingdom for three-and-a-half years – or for what feels like as long as anyone can remember. And yet, however you look at it, whichever way up you hold the national ballot paper, it is impossible to see how the outcome can restore any kind of equanimity to public life in order to establish something that feels like “normal” once again.
Simon Woods’ new play Hansard at the National Theatre is funny, poignant and, ultimately, profoundly sad, but it also provides a brilliant take on left-wing opposition to the policies of the Conservative Party since the Second World War, in this case within a marriage and in the last years of the Thatcher government in 1988. The overwhelming feeling I had as I sat through the play, however, had nothing to do with issues it raised. I was overcome with a huge sense of nostalgia for what “normal” politics used to be like, for hearing characters argue about social policy and free market economics.

“Suez, appeasement, the steady dismantling of the north of England – it’s one catastrophic act of national self-sabotage after another. And yet, like a battered wife, they keep coming back to you. Don’t they?” complains the leftie wife to her husband, an expensively educated junior Minister who has never made it to a decent job in government. He tells her to shut up and then she gets one of the best laughs of the play. “I tell you,” she says, “it’s the great mystery of our time. The insatiable desire of the people of this country to be screwed by an old Etonian” – except, this being 2019 and the National Theatre, she doesn’t say “screwed”.