Daring to be different

Dietrich Bonhoeffer: A freedom that is perfected in glory 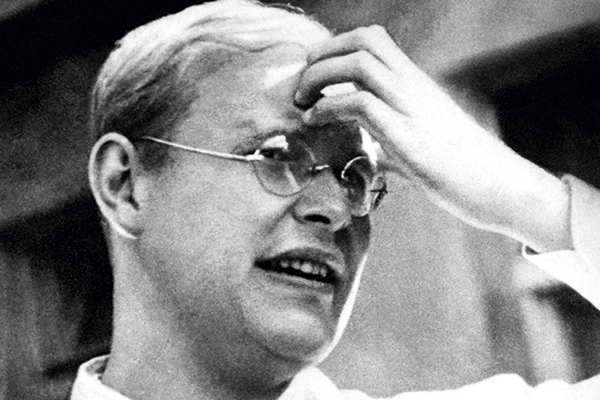 In April 1945, Nazi death-camp guards murdered a man whose work was to become a major force in modern Christian theology, as a former Archbishop of Canterbury explains

The young german theologian Dietrich Bonhoeffer was in New York in 1939, exploring whether he should stay there as pastor to the German community in the city and considering a string of invitations to lecture in the United States. He had made himself deeply unpopular with the German regime, making broadcasts critical of Hitler and running a secret training institution for pastors in Germany who could not accept the way that the Nazi state was trying to control the Church.

After a draining inner struggle, he decided to sail back to Germany. In July 1939, after little more than a month in New York, he left, knowing that he was returning to a situation of extreme danger. Six years later, he was dead, executed for treason in a concentration camp, leaving behind him one of the greatest treasures of modern Christianity in the shape of the letters he wrote to family and close friends from prison.

He had left behind the chance of freedom as most of us would understand it and plunged into a complex and risky world, getting involved in a plot to assassinate Hitler, living as a double agent, daily facing the prospect of arrest, torture and death.