In search of the good life: a day with the radical Bruderhof 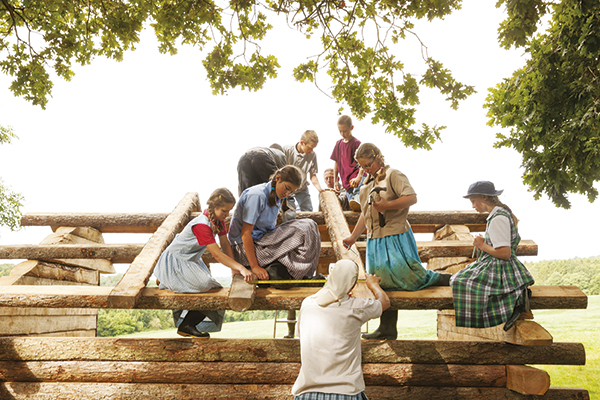 With its roots in the Reformation, a radical Christian community that has lived in an East Sussex village for nearly 50 years is opening its doors to thousands of television viewers

The utopias of our imagination tend to resemble the Bruderhof community in East Sussex. Set in the green hills of the High Weald, near the ­village of Robertsbridge, Darvell appears a rural paradise of self-sufficiency. Its 300 inhabitants live together in harmonious ­cooperation, growing their own food, brewing their own beer, running their own school, singing together, eating together, working and praying together. But this bucolic ­existence is underpinned, in fact enabled, by an austere commitment to renunciation.

The members of the Bruderhof are Anabaptists. They own nothing, earn no money and take vows of poverty, chastity and obedience. They are also pacifists and conscientious objectors. Every aspect of their lives returns to the call in the Sermon on the Mount to radical transformation, to the New Jerusalem.

The community, founded in Germany during the 1920s, was eventually forced to leave Nazi Germany in 1937. Since buying Darvell, a former sanatorium, in 1971, it has not kept the outside world out – and nor has it sought publicity. But this year, the BBC was allowed in to make a documentary about life there which reveals some surprises and overturns a few stereotypes.