Why Church-state reforms in Greece are likely to fail 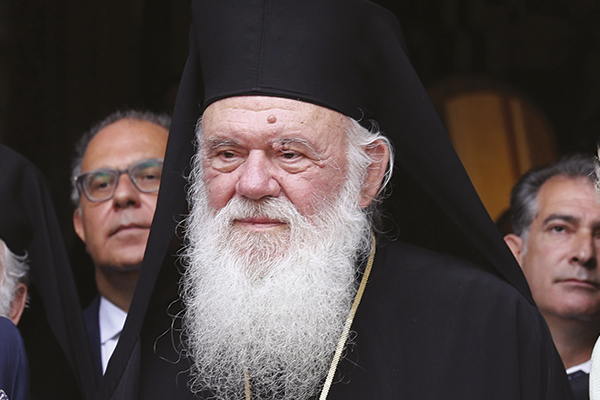 Archbishop Ieronymos approved the accord but its fate still hangs in the balance
PA, Andrew Matthews

As guardians of the Greek faith and language during the Ottoman centuries, the Orthodox Church has a special place in modern Greece, its pre-eminence guaranteed by law and its priests paid by the state.
But now the cash-strapped country wants to sever the clerical connection

Amid the bustling streets of Piraeus, where homeless migrants ply their wares all summer to tourists ferry-bound for the Greek islands, a vast mosaic-fronted Orthodox cathedral rises between palms and parking lots.

Since Seraphim Mentzelopoulos was elected metropolitan here in 2006, he has enjoyed the reputation of an Orthodox hardliner, resisting all talk of accommodation to changing times. When Alexis Tspiras, Greece’s Socialist Prime Minister, standing beside the Orthodox Church’s leader, Archbishop Ieronymos II of Athens and All Greece, unveiled a proposed reform in November that would move Greece a step closer to a separation of Church and state, Seraphim promptly denounced it as a “fascist-like design” and called on his flock to resist.

Although Archbishop Ieronymos approved the 15-point accord two months later, its fate still hangs in the balance – illustrating the difficulties facing any attempt to modify Orthodoxy’s elevated status in Greece and improve conditions for Greece’s hard-pressed Catholics and other minorities. Under the proposed deal, the government would stop paying civil service salaries to the Orthodox Church’s 9,000 or so priests, although their wages would still be paid as a state subsidy.

The accord also proposed to settle long-standing property disputes between Church and state. Tspiras’s spokesman, Dimitris Tzanakopoulos, insisted the government would save around €200 million (£1.8m) from the accord, enabling it to hire teachers and doctors and bypass the public-sector restrictions imposed by the European Union and the International Monetary Fund. But the accord still needed the Church’s official approval – and on 16 November the governing Holy Synod peremptorily voted it down.