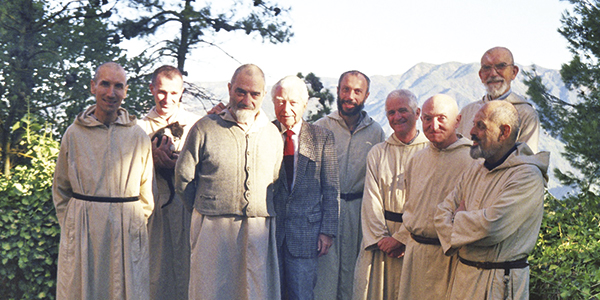 The genius of the Jesuit priest and poet Gerard Manley Hopkins

One hundred years ago, Robert Bridges published a collection of poems by a Catholic priest who had died in obscurity 30 years earlier. It was to seal the reputation of its eccentric and querulous author as the most original poet of the Victorian age

In December 1918, a 97-year-old widow by the name of Catherine Hopkins received a modest volume of poetry with a simple blue cover. The title was Poems of Gerard Manley Hopkins. The book, prepared and edited by England’s Poet Laureate, Robert Bridges, was dedicated to her. The dedication, written in Latin, indicated in part that the book was “a memorial, though late, of her beloved son, a poet awaiting the praise due to his genius”. Bridges was 74, the same age Hopkins would have been had he lived.

Hopkins had died nearly 30 years earlier at the age of 44. He and Robert Bridges had been friends ever since they were students in Oxford in the mid 1860s, both having become attracted to the High Church Anglican movements swirling around the university town. Hopkins went his own way by becoming a Catholic, baptised conditionally by John Henry Newman at the Birmingham Oratory.

After leaving Oxford with a double first in Classics, Hopkins felt drawn to religious life and faced a further choice: Benedictines or Jesuits. After consulting Newman about the Jesuits, he received this reply: “Don’t call ‘the Jesuit discipline hard’, it will bring you to heaven.” Hopkins had written poems ever since childhood. In an act of asceticism before entering the Jesuit novitiate, he burned them, resolving to never write poetry again.