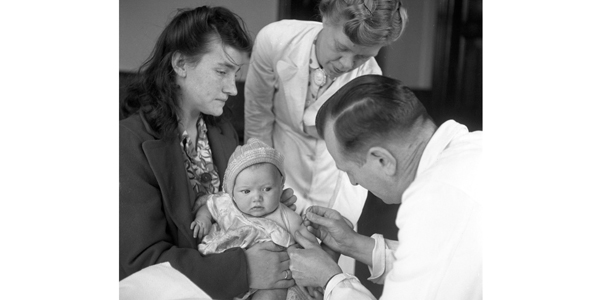 A bittersweet birthday: the NHS at 70 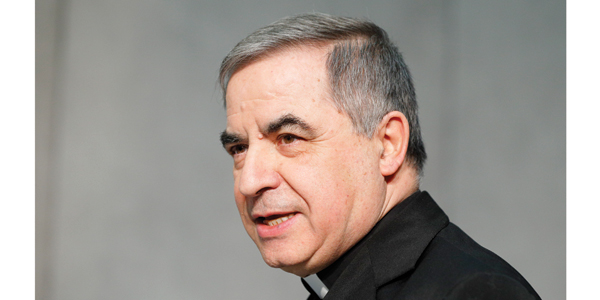 In a pontificate renowned for its willingness to bypass traditional Roman structures, Angelo Becciu has perhaps come closest to being its institutional face. But the career of this most loyal of papal aides is about to take a surprising turn.

For now, the 70-year-old papal diplomat remains the sostituto (“substitute”) at the Vatican’s Secretariat of State, a powerful chief of staff equivalent who is one of the very few people in Rome who can stroll over to see Pope Francis in the Casa Santa Marta when he sees fit. He travels with Francis on board the papal plane, and ensures that if the Pope wants something to happen, it happens. When the Pope decided to bring 12 Muslim refugees back with him on his plane from the Greek island of Lesbos, it was Archbishop Becciu who made sure that the practical details were taken care of and that the paperwork was in order.

On Thursday, Becciu was due to receive his red hat from the Pope. I met the soon-to-be Cardinal Becciu on a baking hot Saturday in his offices on the third floor of the Vatican’s Apostolic Palace. The Sardinian prelate appears through a door camouflaged with the same wallpaper as the rest of the room: a symbol of the unnoticed way that Vatican diplomacy prefers to work. Along with being created a cardinal this week, Archbishop Becciu will move later this year from the Apostolic Palace to take up a new position, as Prefect of the Congregation for the Causes of Saints.

“I come from a world whose affairs and subjects are more ‘earthly’, more current, more administrative and more strictly political and diplomatic. Now I am going to a world in which those who count are in heaven, more so than those on earth,” he says. “Someone has jokingly described it as the most important dicastery of the Curia.”

Becciu is a man renowned for his loyalty to the papacy, retaining his influential post as sostituto under both Benedict XVI and Francis. “I have served the Pope with all my heart, be it Benedict or Francis. And this is what, as Christians, we should do,” he explains. “As Catholics, we must love and serve the Pope of today, not the one of yesterday nor the one that we dream of for tomorrow.”

While he says that they had “different personalities”, each of them works in a methodical way. Francis, however, is a man of “unstoppable activity and energy. There is never time to get bored.”

For five years, the Jesuit Pope has worked relentlessly to push forward his vision for a less bureaucratic Church with a mission to be “in the street”, beside the homeless, the refugee and the marginalised. At the same time, he has been trying to reform the Roman Curia, an ancient bureaucracy that he would like to see focus more on mission and service. Becciu’s role has been to make this vision a reality, oiling the wheels of a machine led by a pope wary of big structures.

The sostituto, in charge of the first section of the Secretariat of State, responsible for “general affairs”, oversees translations of key papal documents and the communication of papal texts and addresses. He also manages the papal ambassadors – known as nuncios – all over the world. The second section, responsible for relations with states, is led by Liverpool-born Archbishop Paul Gallagher. Recently, a third section has been added. This will oversee the work of diplomatic personnel. All three sections come under the leadership of the Cardinal Secretary of State, Pietro Parolin.

The aim is to make sure everyone is pulling together in the same direction and keeping the barque of Peter on a sure and steady course. That has not always been easy over the last five years. One of the flashpoints of internal tension in the Curia during Francis’ pontificate has been in the field of financial reform. It flared into the open after Cardinal George Pell, brought in from Australia as Prefect of the Secretariat for the Economy, commissioned an audit of the financial dealings of every Vatican department by one of the “big four” accountancy firms, Pricewater­houseCoopers (PwC). The bold Australian signed the contract as “The manager of the Holy See”. That jarred with senior Vatican officials. It was Archbishop Becciu who stepped in to suspend the audit, and who raised questions about the far-reaching powers Pell’s department had assumed.

“The secretariat for the Economy at one moment appeared to be both controller and administrator, therefore clarity was required,” he explains. Francis did clarify the situation later, ruling that Pell’s secretariat could not be both. Becciu continues: “This does not mean that people were going against the reforms, but merely clarifying some norms that could have been invalidated because they were not in conformity with the law of the Vatican. So I would not perceive [my actions] as an opposition to reform.” Reform, he adds carefully, “has to be gradual, it has always been gradual in the Roman Curia”. Becciu is particularly wary of a frame of mind that sees the Vatican as a business that must behave like any other in the corporate world.

While Cardinal Pell is now back in Australia defending himself against charges of sex offences, I am assured that the financial reforms are continuing. And “there is a great deal of collaboration”, Cardinal Becciu tells me, “because the points were clarified.”

According to Vatican sources, curial departments now have their accounts properly audited, and this week the Pope appointed Bishop Nunzio Galantino, secretary of the Italian Bishops’ Conference, as the President of APSA (Administration of the Patrimony of the Apostolic See), the Holy See’s treasury and financial powerhouse, which has long been accused of being the centre of resistance to reform. “There was the risk that some, some that came from abroad, could confuse the Holy See for a company, applying the principles of a company to the Holy See. No, you can’t do this,” Cardinal Becciu insists. “I felt the need to tell someone who spoke of ‘companies’ that the Vatican is not a company, it is a church, in which money is required to advance the mission of the Pope.”

But, how do you respond, I ask, to the idea that an “old guard” in the Curia is blocking the Pope’s reforms. Many have tried to label Becciu as one of those figures, particularly over financial reform. “I would distinguish between two things,” Becciu replies, calmly. “The first would be, seeing that we’re within the context of reform, everyone must have the possibility to express their own opinions. Therefore, there are some, even of the ‘old guard’, that express their disagreement, and they have all the freedom to do so – to express these opinions. It is a form of honesty.

“The second thing,” he continues, “concerns the final decision. I have seen the so-called ‘old curials’ obey immediately. Here, maybe some may have difficulty implementing these decisions, but once the reform becomes a norm, they obey.”

The robust expression of a contrary point of view within the Curia is one thing; vocal and public opposition to Francis and the direction of his papacy is quite another. Though approval ratings for Francis among Catholics are high, and while he has captured the hearts of millions outside the Church to an almost unprecedented extent, a group of traditionally-minded Catholics do not like what they see. In Rome, four cardinals even issued a public challenge to the Pope over his family life teaching document, Amoris Laetitia. For these opponents of the Pope, Cardinal Becciu has a clear message: “To them I say: the Pope that we have is this one. Jesus Christ gave him to us, so we must follow him. I can disagree with him on certain issues, but I do not publicly demonstrate this disagreement. Disobedience destroys the ecclesial fabric.” He adds: “There are critics who are traditional or conservative [Catholics], but one trait typical of conservative Catholics has always been their loyalty to the Pope. There is a contradiction: I can’t choose my Pope; the Pope is the one we’ve got.”

Becciu stresses Christ’s command for a “unified body, a united family”. There is passion underneath his firm rebuke for those whose love of infighting and disloyalty to the Pope divides and weakens the Church’s message to the world. A member of the Focolare movement, founded by Chiara Lubich in 1943 to promote unity and community, Becciu has maintained strong links to his Sardinian homeland, renowned for its tight-knit communities and sense of identity. He will also remain as the Pope’s special delegate to the Order of Malta, a role he was appointed to after a group of knights engaged in a public row with Francis.

When the Pope told him he was being named cardinal, he tells me that he felt “emotional” and full of “gratitude”. His new role as head of the body which decides who should be recommended to the Pope for beatification and canonisation – and is also responsible for the authentication and preservation of sacred relics – will allow him to reflect on the Church’s core mission; a reminder that whatever heights of power and influence we might reach in this life, Christ’s kingdom is not of this world.

“We must seek to conform our lives to God. In other words, we must seek to become saints,” the new cardinal says. “The Church exists to call everyone to this great objective; if not, it would all be a waste of time. It does not makes sense to be an earthly power; it is called to be guided by good people, by saintly people, and to help others walk this way.”