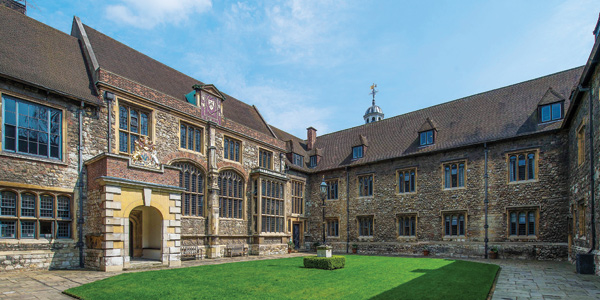 What happened when the Queen met L'Arche founder Jean Vanier

When I was about a year old, in 1972, the therapist who had been seeing my older brother realised that I too had a learning disability. My mum and dad took us to a genetic counsellor who said he didn’t think we would ever be able to achieve very much. But my mum’s a strong character, and she and my dad just encouraged us in every way.

I went to a normal school for a couple of years, but the headmaster said I couldn’t be taught. He threw my schoolwork out the window. So from the age of eight I went into special needs education. I went to a special needs college in Shropshire, and I stayed there 17 years.

My mum first heard about L’Arche on Woman’s Hour. She heard how it had been started by Jean Vanier, an ex-naval officer who had invited two men with mental disabilities to leave the institutions where they were living and to come and share his life. Now there are communities all over the world – people with learning disabilities sharing their lives with “normal” people.

We visited L’Arche in Kent and in London. I liked it in London and I came to live here. Because my learning difficulty is not as bad as some, I am able to live in my own flat, but as part of the community. If I want to explain what L’Arche is like, I’d say there is always room at the table. I can go to one of the community houses for dinner, or to the workshops to have a chat. L’Arche isn’t a nine-to-five job for the assistants, and they aren’t superior. We often gather together for birthdays to tell stories and listen to each other. We like to celebrate.

Everybody deserves to be loved. Everybody has a gift. My gift is that I’m quite good at standing on a stage and making speeches. I can tell the story of L’Arche and spread the word about it. Being an ambassador for L’Arche has taken me to Calcutta, Canada, Italy and Belgium. Others might not be able to talk like me, but perhaps they’re good at dancing, singing, painting. The beauty of Jean Vanier is that he saw that everybody has a gift, and everybody should be able to shine their light.

At L’Arche, you become part of an international community. When the sun’s setting on our communities in Europe, it’s rising on the communities in Australia and New Zealand. Ten years ago, I went with Caroline from Germany and Jacek from Poland to visit Auschwitz. I found it very moving, just walking around and looking at some of the things there. What shocked me the most was that everyone had labels pinned to their prison uniforms, and I asked Jacek what label I would have had.

I don’t think I would have been here today, nor none of my friends. I think that if I were there they might have decided to do some tests on me in their so-called “hospital room”. And I was just so pleased that there was me from England, Jacek from Poland and Caroline from Germany all standing there together, and I just ask that we try to learn from our mistakes and that this never happens again.

Last summer, the Queen saw the film about L’Arche, Summer in the Forest, and she asked whether she could meet Jean Vanier to talk to him. She had known him 70 years ago when he was in the Navy and he had looked after her and Princess Margaret on a trip to South Africa. So Jean came over to Buckingham Palace, dressed in the blue coat he always wears, and when the Queen saw him she had tears in her eyes. Jean said he could see something really special in the Queen. I bet she saw something special in him too.

For further information about L’Arche, go to www.larche.org.uk

Pic: A still from Summer in the Forest. Watch the trailer here 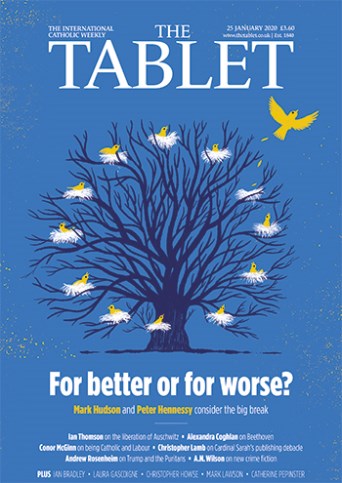