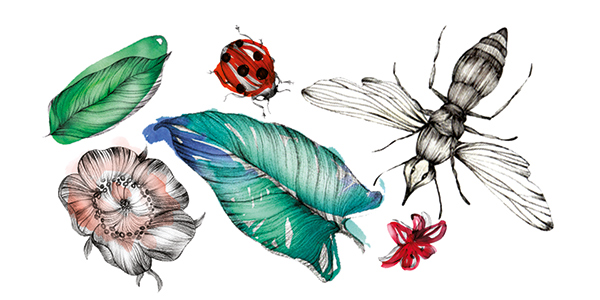 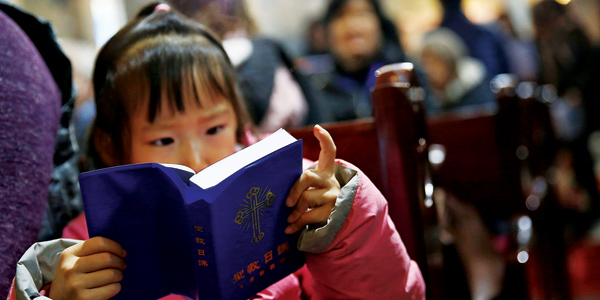 When he heard that Rome has been asking bishops who have suffered years of persecution under Chinese communist rule to make way for government-approved successors, the sprightly 86-year-old Cardinal Joseph Zen flew from Hong Kong to Rome to personally deliver a message to Pope Francis.

I bumped into Cardinal Zen last summer as he walked hurriedly down the Borgo Pio, the main road that runs down from the Porta Sant’Anna entrance to the Vatican.

“I’m too old for interviews,” the octogenarian prelate told me with a smile when I approached him. But, after exchanging contact details with me on the street, I received a phone call a couple of days later. The Chinese cardinal told me fondly about being taken as a child to five Masses on Sunday with his father in Shanghai during the 1930s. It was a time when Catholics had complete freedom to practice their faith.

Everything changed in 1949 when the communists took over. Zen had moved to Hong Kong to train as a Salesian a year earlier. Later, from 1989-96, he returned to teach in mainland China. By then, the state monitored the Church closely, had established the Beijing-approved Chinese Catholic Patriotic Association, with its own bishops and priests, and had placed spies among those studying for the priesthood.

“I could see with my eyes how the government treated the bishops – their bishops – in the official Church. No respect. They were treated as slaves,” he explained to me.

It’s this first-hand experience of growing up in a Church free from state control and then seeing it come under the grip of state authorities that clearly plays a major part in Zen’s trenchant opposition to the re-establishment of formal ties between the Holy See and Beijing. The retired Bishop of Hong Kong kept up the pressure by revealing the details of his meeting last month with Pope Francis on social media. Zen’s account implies there may be differences between the Pope and his advisers over the Church’s China strategy. The Holy See’s press office issued a statement on Tuesday insisting that the Pope was being informed “faithfully and in detail … on the dialogue process” with China (see page 25).

Zen speaks for those Catholics that have suffered as part of the underground church in China and for whom a deal with the communist authorities is anathema. “Either you surrender or you accept persecution,” he wrote in a post published on his Facebook page and on his personal website.

According to reports – which Zen says are true – the Holy See has ordered Bishop Peter Zhuang Jianjian, 88, of Shantou to step down in favour of Bishop Huang Bingzhang, who was excommunicated in 2011 following his ordination for the Catholic Patriotic Association. Bishop Zhuang, who is long past retirement age, was reportedly asked to stand down last December in Beijing by Archbishop Claudio Celli, a retired Vatican archbishop who has worked on Chinese affairs for many years. Vatican officials have also asked that Bishop Joseph Guo Xijin, Bishop of Mindong, should now serve as a co-adjutor to the illicitly-ordained Bishop Vincent Zhan Silu. Zen believes the Vatican is in the process of “selling out” the Catholics of China.

During the hastily arranged private meeting on 12 January – shortly before he flew to Chile – Cardinal Zen says that the Pope assured him, “I told them [his advisors in the Holy See] not to create another Mindszenty case!”

The alleged exchange heartened the Chinese prelate. A strong opponent of communism, after eight years in prison Hungarian Cardinal József Mindszenty was released during the 1956 revolution and given sanctuary in the US embassy. In 1971 the Holy See persuaded a reluctant Mindszenty to finally leave his homeland. He was replaced by a more emollient figure, to the satisfaction of the Hungarian government. In return, the Church was granted some concessions.

This was the policy of Ostpolitik in action, under Pope Paul VI and his secretary of state, Cardinal Agostino Casaroli, whereby a modus non moriendi – a “way of not dying” – was sought for Catholics living under hostile communist regimes. Some argue that Pope Francis and his diplomats are now pursuing their own version of Ostpolitik with Beijing. If Mindszenty and Zen prefer the mantra, “Blessed are the persecuted”, from Matthew 5:10, the Holy See is appending a policy of, “Be as wise as serpents and as innocent as doves”, from Matthew 10:16.

Restoring diplomatic relations with China has been a foreign policy goal for the Holy See ever since Beijing broke off ties in 1951. As China increasingly asserts itself, healing the rift and bringing China’s estimated ten million or so Catholics together under one body of bishops has become more urgent. With the United States pursuing an “America first” policy under President Donald Trump, China’s Xi Jinpeng is increasingly picking up the baton as the leading global statesman.

But there is a bigger issue at stake for the Pope than Vatican statecraft. While some commentators argue that the future of the Church lies in Africa, where churches and the seminaries are full, Francis has his hopes pinned on a resurgence of Catholicism in Asia.  China is central to this mission. Jeroom Heyndrickx, a Belgian priest and China expert who has sat on the Vatican’s commission on China, says the Pope’s priority is the unity of the Church in the country.

“I am quite sure that the concern of Pope Francis is not at all the restoration of diplomatic relations but the normalisation of the appointment of bishops and the unity of Chinese Catholics around their bishops who, hopefully, should all be appointed by the Pope and recognised by the government,” he told The Tablet.

The Spiritan missionary, now based at Leuven University, does not see the December meeting between Archbishop Celli and the government-approved Bishop Huang as a problem. He points out that there is nothing unusual about Bishop Zhuang being asked to retire, as he is well into his eighties – but says it would be “inconceivable” for him to be succeeded by an excommunicated bishop. Such a transition could only happen, he stressed, after Bishop Huang had reconciled himself to the Church.

“All faithful Catholics, inside and outside of China, admire Pope Francis for having the courage to [open] dialogue with the government of China – instead of entering into confrontation which would cause true disaster,” Fr Heyndrickx explained. “The encounter which supposedly took place in Beijing last December should rather be seen as a positive signal that the dialogue of Pope Francis is making progress.”

Throughout his papacy, the Jesuit Pope has consistently looked east, making important trips to South Korea and Myanmar as well as making conciliatory overtures to Beijing. As his Secretary of State, his chief diplomat, he apointed Cardinal Pietro Parolin, who in another role in the Vatican came close to brokering a deal with Beijing in 2009. His strategy is one of non-confrontational fence-mending. In an interview with the Hong Kong-based Asia Times in January 2016, Francis urged the rest of the world not to fear the rise of China and praised Chinese culture for its “inexhaustible wisdom”. The Vatican museums and Beijing have agreed an exchange of major artworks; in a cultural variation of the ping-pong diplomacy of the early 1970s that paved the way for President Richard Nixon’s visit to China, the two exhibitions will take place in March.

The number of Christians has grown in China in recent years. It is set to have the largest Christian population of any country by 2030. But the Catholic Church has not matched the rapid growth of the evangelical churches. Some observers put this relative lack of vibrancy down to Beijing’s divide-and-rule approach to Catholics. This is fuelling the Holy See’s wish to repair relationships with Beijing. For the Pope and his advisers, a deal would restore diplomatic relations with a nation that is soon to become the world’s major power, and give the Chinese Church a more secure foothold, freeing it to spread the gospel.

The major hurdle remains the appointment of bishops. In the Ostpolitik period, the Holy See conceded some power to communist regimes in the selection. They now appear willing to do something similar with Beijing. The Holy See currently talks about a single Chinese Church, rather than an official but persecuted underground church and a separate state-run church with a mix of licitly and illicitly-ordained bishops. Those hostile to dialogue with Beijing are being eased out of the Vatican. A major Zen ally, fellow Salesian Archbishop Savio Hon Ton Fai, was recently moved from a key curial position to Greece as papal nuncio.

The bigger question in all this is what China wants from its relationship with the Catholic Church, at a time when President Xi’s grip on power is tighter than that of any Chinese leader since Mao. This is a complex country in which internal divisions are huge. Negotiations are painstaking and slow. It may be that Francis will be known as the Pope who opened the door to China, and his successor as the one who walked through it.

In the meantime, we should hesitate before saying that recent events are a betrayal of Chinese Catholics. As Fr Hendrickx says, the Vatican’s latest moves “should make us aware of the fact that abnormal situations call for unusual steps and decisions”, so that “the unity of the Church is restored and faith can be celebrated in one community”.

Watch Christopher Lamb's Facebook Live on the Vatican and China