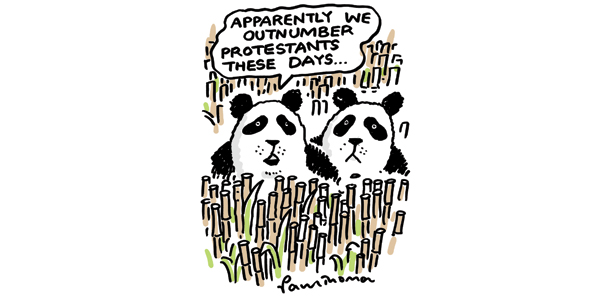 The strange death of Protestant Britain: the near-loss of religious sensibilities

The Right stuff: the growing alliance between Poland's Catholic Bishops and Conservative government

Church and state in Poland

The Catholic Church in Poland is facing both an era-defining choice and its greatest ever temptation. Jaroslaw Kaczynski, the leader of the governing conservative Law and Justice Party (PiS) and, though neither Prime Minister nor President, the country’s de facto ruler, is making the leaders of the Polish Church an offer similar to the one Vladimir Putin put to the Russian Orthodox Church: power and money in return for supporting the government.

After Putin returned as president of Russia for a third term in 2012, he declared, in the presence of Patriarch Kirill – at whose hands he, a former functionary of the party responsible for the bloody repression of the Church, had just received a solemn blessing – that “one cannot imagine the Russian state and culture without the Orthodox Church”.