Don’t mention the Revolution: in Russia neither church nor state are marking the events of 1917 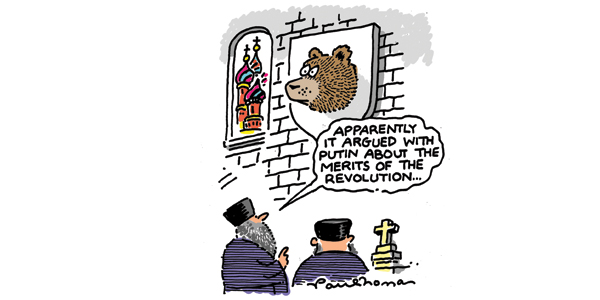 On the first day of August Vladimir Vladimirovich Putin finally took a historic decision … to do nothing about the 100th anniversary of the event that in the Soviet days was pompously called “The Great October Socialist Rev­olution”. Then it was spelled in capital letters – to distinguish it from the “bourgeois” revolution of February 1917 that overthrew the Romanov dynasty and ushered in a few chaotic months of weak republican rule.