Land of no milk and honey

Walking the walk together 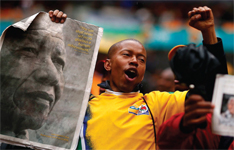 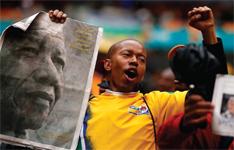 Against the backdrop of a week of events to mark the death of South Africa’s first democratically elected president, culminating tomorrow with a state funeral to be held in his home village, one of the country’s Catholic bishops looks back at his achievements and what still remains to be doneAt 4.30 on a Sunday afternoon, a helicopter landed next to the football field in Oukasie township, west of Pretoria, a site of struggle during the apartheid times. Out stepped the president and scores of children behind ropes on the field went wild with excitement when they saw their beaming Madiba (his clan name). Then, as he so often did, Nelson Mandela caused concern to his security personnel as he walked across to the children and greeted them.A little while later, I told him the gathe