PAST EVENT: Webinar: A crime against humanity: fighting Modern Slavery in a post pandemic world 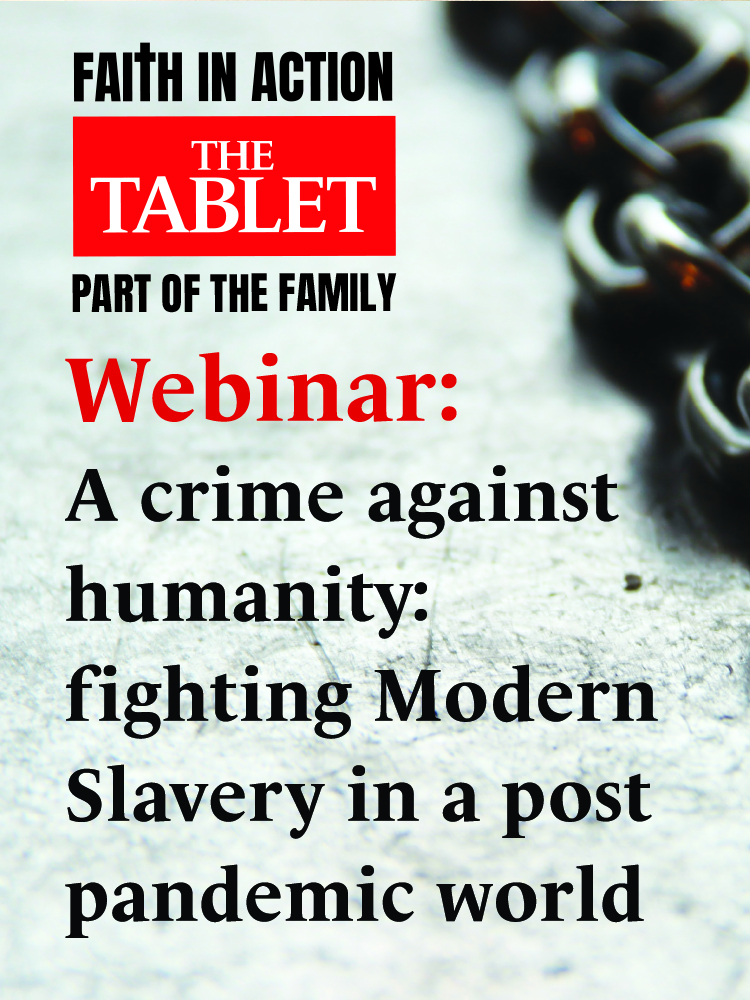 Pope Francis called Modern Slavery “a crime against humanity – an open wound on the body of Christ”.

Join our distinguished panel, hosted by Julie Etchingham, to discuss an agenda for action across all sectors.

All proceeds from this event will go to The Tablet's Development Fund.

Julie Etchingham is an English journalist who works as a television newsreader with ITV News. A graduate of Newnham College, Cambridge, Etchingham joined the BBC as a trainee after completing her studies, and went on to present the children's news programme Newsround in 1994.  She joined Sky News in 2002, and also presented editions of Five News when Sky won the contract to produce news programming for Channel 5 in 2005. Etchingham is currently a newscaster on ITV News at Ten and has been since 2008. She has been the presenter of the current affairs programme Tonight since 2010, having replaced Sir Trevor McDonald.

Luke de Pulford is currently the Director of the Arise Foundation, coordinator of the Inter-Parliamentary Alliance on China, founder of the Coalition for Genocide Response and a member of the Conservative Party Human Rights Commission.

Mark Ehichioya Odion, MSP, is a Catholic Priest of the Missionary Society of St Paul of Nigeria. He works at the Catholic Bishops’ Conference of England and Wales (CBCEW) in the International Affairs department as the Africa Project Coordinator for the Santa Marta Group (SMG). Features of his work currently are coordinating the partnership between the CBCEW and the Catholic Bishops in Edo State, Nigeria aimed at combatting Human Trafficking in, and from, the State. He also engages in Parish awareness campaigns in England and Wales, making communities aware of the presence of trafficking and modern slavery, particularly domestic servitude, and abuse, in those localities. He facilitates the awareness campaign of the plight of Seasonal Agricultural Workers in the UK. He also helps the local church (dioceses and parishes) to identify and reach out to victims by organising seminars and training at the parish level which focus on potential victims and how the local church can supportively respond to their needs. He has further been able, with CBCEW support, to reach out to those experiencing domestic abuse or those who have been trafficked and remain in the control of traffickers, enabling them to talk to the police about their experiences and obtain help to regain their freedom and confidence. He presently coordinates the SMG programme and network within Africa. He is a PhD researcher in organised crime and the role of traditional culture and religious beliefs in facilitating the activities of human trafficking.

Karen Anstiss is the Service Manager at Caritas Bakhita House, a safe house for women who have escaped modern slavery. Bakhita House is owned by the Diocese of Westminster and managed by Caritas Westminster. 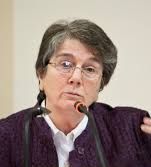 Sr Imelda Poole, IBVM, has been made Member of the Order of the British Empire in the Queen’s Birthday Honours for her achievements and services to end modern slavery. She heads up a network of European Religious fighting trafficking and exploitation - RENATE. Sr Imelda became President of RENATE after more than 11 years working in Albania where the IBVM founded an NGO called Mary Ward Loreto.

Peter Hugh Smith was appointed Chief Executive of CCLA in 2019 and is responsible to the CCLA Board for the overall performance of the business and quality of our service for clients.

He has more than 25 years' experience in the investment management industry most recently as Managing Director of the fund services business Link Fund Solutions. His experience has ranged from wholesale relationship management at Russell Investments to establishing an asset management business for Hong Kong conglomerate Seapower.

He is also Chair of Governors at a Bishopswood School, a Local Authority maintained Special Education Needs school in Oxfordshire.