Labour’s new leader has a lot to learn

Give capitalism credit where credit is due 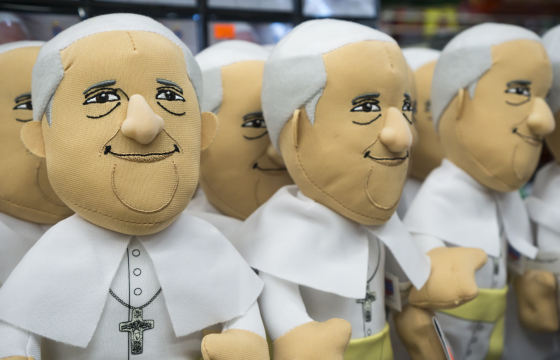 Pope Francis reached the United States at what he called “a critical moment in history”, and there could not be a better moment to be at the heart of the world’s most powerful nation. With nearly 70 million members, Catholicism is a major force in American society. But there is a significant number of Catholics who oppose him, who regard him as a threat to American interests.

Right-wing Catholics have been taking to the media to suggest he is dangerously close to being a Communist, an allegation that sounds far-fetched or even absurd to European ears but which stirs up a host of bitter Cold War memories. At great cost to itself, America confronted Communism and saw it off the stage, only to find one of the world’s most important institutions, the papacy, falling under its sway. Or that is how the US sees it.

On his transatlantic flight, Francis remarked upon this “Is the Pope a Communist?” issue, saying he was faithful to Catholic Social Teaching and no different from previous popes. But what the papacy of Francis has done is to change the music, if not the words. John Paul II may have talked of “savage capitalism”, but was nevertheless seen as sympathetic to a business economy.

After the 2008 crash, Pope Benedict XVI brilliantly analysed the flaws in the global financial system, which has Wall Street at its heart. But like his predecessor, the music was harmonious and conciliatory. He sought a reformed capitalism.

In economics, unlike in most other areas, the sound of Francis is that of discord. The American business model, it seems, does not impress him. His encyclical Laudato si’, published this spring, linked two issues, the plight of the poor and the threat to the environment, and laid the blame for both largely at the door of American-style free-market capitalism. It annoyed those who defend American capitalism most trenchantly, including many prominent Catholics, who dispute his competence to adjudicate on climate change and who attack his strictures on business as ideological rather than moral.

And he has given them something to hold on to. Nine-tenths of Laudato si’ were unimpeachable, but here and there he overstated his case. Capitalism is a success story, and his disapproval of its excesses might have been more persuasive if he had given market economics more credit. It has lifted millions, probably billions, out of poverty worldwide.

Nevertheless, global warming has to be curtailed for the sake of the planet, not just the poor, and Pope Francis has the ability to influence that debate by his leadership. That was what he meant by the world’s critical moment, because a global climate change agreement will be up for ratification later this year and American attitudes towards it will be crucial.

He still has enormous moral authority even in America, and the more he appears to be listening as well as speaking, the stronger his reputation will grow. Soon after arrival in Washington, he urged the American bishops to dialogue with their opponents, as part of a “culture of encounter”.

It is that spirit of dialogue that will help his visit succeed.