Tell the world what we said

It is somewhat bizarre to consult the faithful on matters of doctrine and then not to tell them what the consultation amounted to – particularly when the matters concerned are of the utmost importance to them, affecting the lives and happiness of millions. But this is the corner that the bishops of England and Wales appear to have painted themselves into. They were among the first to realise that the consultation asked for by the Vatican, in preparation for a special meeting of the international synod of bishops in October, could not be conducted in confidence. So they put the text of the Lineamenta, the Vatican’s questionnaire, online and invited responses. It is said the Vatican was displeased by this untoward demonstration of openness, and consequently the bishops have decided to treat the official summary of the responses as top secret.

This raises a suspicion that the content is highly embarrassing. Indeed, independent surveys conducted independently of the consultation in many Western nations drew attention to the wide disparity between what Catholics are supposed to believe and do, and what they actually believe and do. If the summary of the consultation responses is an honest one, that fact must be reflected in it. Thankfully, the inhibitions that have overtaken the bishops of England and Wales have not scared off the German bishops’ conference, which has published the results of its similar consultation – with constructive comments – on the internet. So anyone wanting an idea of what the English and Welsh response is like need only look online for an English language version of the German response called ENG-Fragebogen-Die-pastoralen-Herausforderungen-der-Familie.pdf. Various hierarchies in other countries have also issued summaries of their own ­consultations, and they are very similar.

This is not satisfactory. The failure to inform English and Welsh Catholics how their views have been summarised comes close to a breach of faith. Even more lamentable is the absence of any reaction, any evidence of leadership. What do the bishops think? Do they believe the official line on all the issues canvassed is still sustainable now that they possess indisputable evidence that the laity have rebelled en masse on virtually every topic? Does that fact have no theological weight? Are the bishops even discussing this among themselves, or just hoping it will go away? What would John Henry Newman have said?

The German and other responses have positive things to offer. For instance, while supporting the admission of remarried divorcees to Holy Communion, German Catholics also support the idea of marriage as a lifelong commitment and “Christian values such as love and faithfulness as well as responsibility for one another and for the children” – which they say are also found in second marriages. These principles could be reinforced through Catholic teaching once that teaching had regained credibility. Society desperately needs to hear that Catholic voice. But first the emphasis in Catholic sexual and family ethics needs to switch from prohibitions founded on a narrow interpretation of natural law to the encouragement of virtue, the fostering of sound, loving ­relationships, and support for the family as a fundamental pillar of the common good. That is the direction in which this exercise ought to be heading. It would be wonderful to hear a bishop from England and Wales say so.

This is an excellent observation and deserves the widest possible circulation. Just click om the social media sites so that your friends, parishioners and Bishop friends can read it for themselves.
Fr. Tom Grufferty

Once again the enigmatic "The Vatican" swoops down and show that the slightest bit of opening toward transparency does not please whomever "The Vatican" is in this case.

This reaction is not surprising to many of us who were skeptical ... and remain so ... about this entire process from the first day on.

I recall the early days of Vatican2 when the Curia presented the assembled Bishops with documents to work on. I think it was four cardinals who more of less tore them up saying they were unacceptable. A few weeks later they produced new documents which were discussed and we know the results. Does the Vatican never learn or maybe they forgot.

Arguably the results are more likely to make a difference if they are brought to the synod without being pre-empted beforehand.

Sadly, the attitude of our bishops does not surprise me.

My diocese publishes details of parishioners' financial contributions in its yearbook but as yet I have failed to access its most recent audited published accounts.

Worse still seems to be a complacency that accepts the future is one of declining congregations.
The concept of 'the remnant' - a smaller, purer church seems acceptable.
Where is leadership?
Where is there a genuine, outward-looking desire to evangelise?
We hear much of the need for priests but without congregations there will be no need for priests!
The laity do not just look for leadership but for their views to be taken seriously.
Thank God, Pope Francis is speaking to the world.
Our bishops need to listen to us and to him. 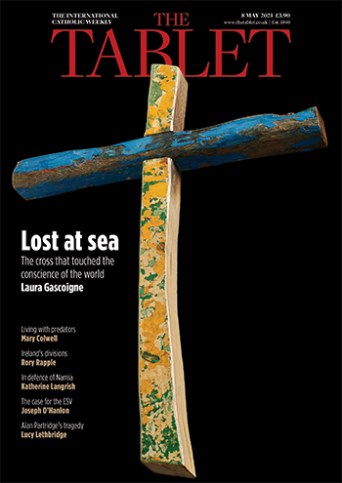