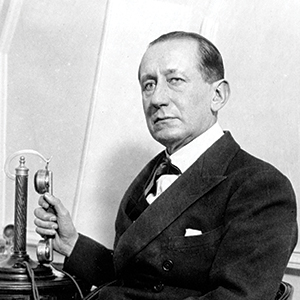 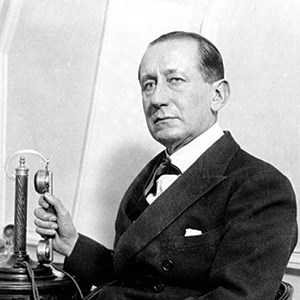 Marconi: the man who networked the world
MARC RABOY

“Italian radio inventor, 7 letters” runs a classic crossword clue. Easy enough – except that Guglielmo Marconi was in fact only half Italian. His father Giuseppe was from the spa town of Porretta Terme, near Bologna, but his mother was Annie Jameson, of the celebrated Irish whiskey dynasty, who met Giuseppe while studying bel canto at the Bologna conservatory. Their son was partly educated in England, spoke fluent English, as a boy was known to Italians as “l’inglesino” – “the little Englishman” – and began his wireless experiments in earnest in London.

Nor for that matter did Marconi invent radio: a number of scientists – notably Nikola Tesla and Heinrich Hertz, among others – had already contributed to the invention of electromagnetic waves. But as the Canadian Marc Raboy notes in his richly detailed and comprehensive biography, Marconi’s pioneering genius lay in putting it all into practice with extraordinary vision. “My most vivid memory from my childhood,” he once said, “is the care I took to keep hidden from everyone my overwhelming feeling that I would some day do something new and great.”