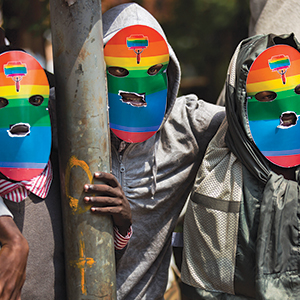 The centre of the storm 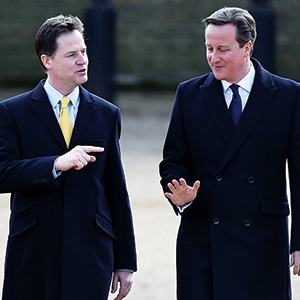 Politics: between the extremes
Nick Clegg

Not long after Leon Brittan, Home Secretary in the Thatcher Cabinet, resigned over the Westland crisis which also led to Michael Heseltine’s departure, I began to hear gossip about his brilliant young assistant, Nick Clegg. Clegg had taken up a job in Brussels as Brittan’s chief assistant in negotiating trade deals, from China to Central Asia. Brittan, vice president of the European Commission, told friends that, such were his abilities, Clegg could one day be a Conservative prime minister.

For an ambitious young man, the combin­ation of an important international job with the admiration and support of his boss must have seemed hugely exciting, a high road to the very top. And Clegg was ambitious – but, to Brittan’s disappointment, he was no Conservative. Clegg was a Liberal through and through: internationalist, tolerant, egali­tarian, deeply committed to civil liberties and individual freedom. To fight for what he believed in meant first, in his view, becoming an elected politician, not a public official, however highly placed or influential.

The wait was long; first as a member of the European Parliament for five years, then, from 2005, as a member of the British House of Commons, representing the Sheffield Hallam constituency. In December 2008, he succeeded Sir Menzies Campbell as leader of the Liberal Democrats.