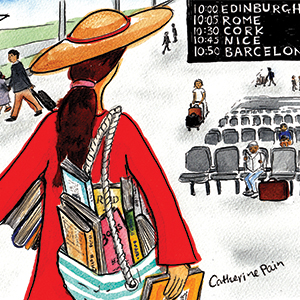 Oh! What a lovely Waugh 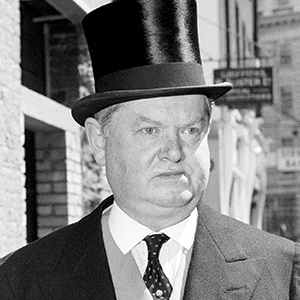 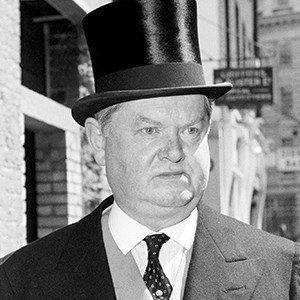 Reactions to this book will depend on readers’ familiarity with the four previous biographies of Waugh (for one of which I must take responsibility) and with Alexander Waugh’s Fathers and Sons. Those coming fresh to the subject might well find Philip Eade’s work lively and original. Expectations were high. “Written with the help of the Waugh family,” the blurb states, A Life Revisited “sheds new light on Waugh’s strained relationship with his sentimental father ... his formative homosexual love affairs; his disastrous first marriage; … his complex interest in the aristocracy; his chequered wartime career; his unconventional attitude to his six children.”

New light? Up to a point, Lord Copper.

“This is not a ‘critical’ biography …,” the Preface forewarns us, “it does not attempt to reassess Evelyn Waugh’s achievements as a writer.” A biography of so consummate an artist which largely avoids the relation of life to work might seem an odd proposition. Eade effectively admits that he has no literary ­expertise: he is the barrister-turned-celebrity-blockbuster writer of Sylvia, Queen of the Headhunters and Young Prince Philip. What made Waugh tick as a creative mind is not Eade’s province. Waugh’s books are dutifully recorded as punctuating his existence: advances, word counts, when started and finished, how reviewed. But they are not the point. Eade’s object, rather, is “to paint a fresh portrait of the man by revisiting key episodes … and focusing on his most meaningful relationships”.

The focus thus turns to Waugh’s parents, his brother, his two wives, his children, his various lovers (male and female) and his friends, in particular Sir Robert Laycock, his CO in No. 8 Commando. We are offered a hesi­tant revision of the supposedly negative image of Waugh constructed by his previous chroniclers. Instead, we are (almost) assured that he was a devoted husband and father, discriminated against by his own father; that Alec Waugh was a bore and a joke; that, apart from the dolts, most sensible people adored Evelyn; that he was an excellent soldier, and that, anyway, he was so funny that he could be forgiven anything. Auberon Waugh, Evelyn’s son, took much this line in his 1991 auto­biography,  Will This Do?. Eade stops short of going quite this far but, while liberally quoting the vitriol pouring back in Waugh’s direction, ducks an analysis of the contradictions.

So we are presented with dust heaps of sometimes fascinating but unsorted data. Lacking shape and intellectual structure beyond mere chronology, this sometimes reads like a collection of quotations strung loosely together with “however”s. “There was almost certainly some truth in reports of his unpopu­larity [in the army],” Eade writes, “however the evidence for it seems to consist almost entirely of the testimony of his fellow officers rather than recollections of the troops themselves, several of whom gave evidence to the contrary.” Our ears prick up. This could be important. Who were these people, apart from his batman, Ralph Tanner, whose support is well documented? One searches in vain. We are told that Waugh acted in the defence of his soldiers facing courts martial. But that, surely, was his job. We hear that, against orders, he allowed one man leave to compete in a dancing competition, and that civilians in Croatia were grateful for his support. But that has already been discussed, with copious attempts to (quite rightly) present him as devout, loyal and courageous during the war.

So what, exactly, is new here? Alexander Waugh – Auberon’s son – generously gave Eade the run of his extensive archive. This contains the majority of the previously unpublished material, crucially a brief memoir by Evelyn Nightingale, Waugh’s first wife, and a cache of letters from Waugh to Teresa (“Baby”) Jungman, with whom he was infatu­ated in the 1930s. Both offer potential “scoops”: the memoir was not available to previous biographers, and the letters were only discovered by Alexander after Selina Hastings had completed her 1994 biography. But neither (at least as quoted here) substantially extends Hastings’ account.

More importantly, perhaps, Hastings donated her own archive to the Waugh collection, including many transcripts of her interviews with witnesses. Picking about among these, Eade finds statements that she chose not to publish, some of which are revealing. He does the best job yet of clarifying the complex chronology of the 1929 marital catastrophe. He also contributes helpfully

to a more sympathetic image of Waugh by quoting from his friends’ letters of sympathy after his death. “Even in his poses”, Patrick Kinross wrote, “he was simply burlesquing some part of himself … What a strong and alive personality. No one so dominated a room by simply being in it.”

Ultimately, however, for those aware of the “story so far”, the experience of reading this book will be one of déjà vu - with huge gaps. Eade not only omits analysis of Waugh’s books, but also of his Catholicism. This biography is, we are told, “scrupulously researched”, and on one level that is true. But it is largely researched from printed sources, and the unpublished ones add little to them. As an intelligent piece of book-making to commemorate the fiftieth anniversary of Waugh’s death, it offers some sprightly cherry-picking among the more scandalous anecdotes. As a revisionary biography, its claims are overstated. A life revisited, yes. But not a life revised.