The Artist and the Trinity: Dorothy L. Sayers’ theology of work

The Quest for a Moral Compass: a global history of ethics

On living a good life in a bad world 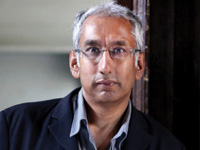 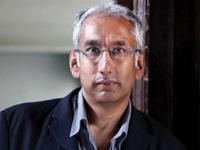 Morality has become the great unspeakable. Pass a moral judgement and you will be accused of judgmentalism. Defend a traditional institution like marriage and you will be branded either a relic or a fanatic. More than 30 years ago, in After Virtue, Alasdair MacIntyre argued that we were all living, unaware, among the wreckage of multiple moral systems, some ancient, others formulated in the wake of the Enlightenment, each incompatible with the others. Robert Bellah lamented in the words of John Donne, “Tis all in pieces, all coherence gone.”

Three cheers therefore for Kenan Malik’s impressive new survey The Quest for a Moral Compass. This is intellectual history in the grand manner, in the tradition of Bertrand Russell’s History of Western Philosophy, written with the same clarity, accessibility and narrative verve as the master himself. As the subtitle, “a global history of ethics”, makes clear, though, Malik’s scope is wider than Russell’s, extending beyond the West to include Hinduism, Buddhism and two good chapters on Islam, as well as studies of the Chinese masters, Confucius, Mo Tzu and Lao Tzu and their contemporary heirs. These are among the most rewarding sections of the book and the most needed. I was once present at a global forum on the economic future when the former head of the World Bank, Sir James Wolfensohn, was asked what advice he would give his grandchildren. “Learn Mandarin” was his blunt answer. After reading this book we would probably add, “And read the neo-Confucians.”

Malik’s judgements are generous and the broad thrust of his narrative is surely right. It begins with the pre-Socratics in an age when human beings were conscious of their powerlessness against vast and capricious forces that played havoc with human devices and desires. It was their achievement to create a space for human dignity and honour in the face of blind and inexorable fate. Then came the two approaches that between them created the matrix of Western civilisation until the modern age: the Greek philosophers’ attempt to ground morality in reason and nature, and the Judaeo-Christian location of authority in the word and will of God.

Both were undermined by the Enlightenment. Natural science cast doubt on Aristotelian physics and the idea that purposes were discernible in nature. And after a century of religious wars in the wake of the Reformation, philosophers sought a foundation for morality that did not rest on contentious religious presuppositions. Some, like Hume, sought it in emotion and the “moral sense”. Others, notably Kant, found it in reason and duty. Bentham and Mill argued in favour of judging acts by their consequences. But Kant had unwittingly placed an explosive device in the moral landscape. By insisting on autonomy – self-legislation – he introduced a fateful ambiguity into Western intellectual discourse. This could mean that to be moral we have to internalise the norms of the society or community of which we are a part. But it could also be taken to mean that we are each to become our own moral legislators, with the predictable result that we would end with the chaos described at the end of the Book of Judges: “In those days there was no king in Israel; everyone did what was right in his own eyes.”

It would eventually be Nietzsche and Kierkegaard who took Western thought down the second road, Nietzsche by his assault on the Judaeo-Christian ethic as the revenge of the powerless against the powerful, Kierkegaard by his “teleological suspension of the ethical”, arguing that obedience to God might take precedence over morality itself. These were hazardous ideas and the result was disarray. Dewey’s pragmatism, Moore’s intuitionism, Ayer and Stevenson’s emotivism were all in their way confessions of failure to find an objective basis for ethics in reason or revelation. The late Philip Rieff summarised this entire history as the journey from fate to faith to fiction.

When I reached this point in my own quest for a moral compass – after being tutored by some of the world’s leading thinkers, among them Bernard Williams, Philippa Foot and Roger Scruton – I recognised the blind alley philosophy had wandered into and I turned instead to religion. An accidental encounter a decade later with MacIntyre’s After Virtue renewed my love of philosophy. MacIntyre did for ethics what Isaiah Berlin did for political thought: gave it back its history and dignity.

The person who saw this first, as Malik rightly notes, was the Catholic philosopher Elizabeth Anscombe in the late 1950s. She was the first in the English-speaking academy fully to realise that the moral language we were using presupposed an Aristotelian understanding of nature and a Judaeo-Christian faith that no longer shaped the shared culture of late modernity. We were using words that had lost their setting in life. That is now our tragedy and challenge. This, Malik concludes, can be either disconcerting or exhilarating. Eras of great civilisational change tend to produce new thinking about ways in which we can live justly and graciously together, the task of ethics through the ages. We are living through such a time today, and in terms of ethical reflection we have hardly begun. New discoveries about the structure of the universe, the nature of the human genome, the plasticity of the brain and the rapidly escalating power of artificial intelligence are forcing us to think again about what it is to be human in the company of others in a world full of danger and diversity.

Inevitably, in a study of this scope there are omissions. I would have liked to have seen more on love and forgiveness, on the difference between shame- and guilt-cultures, on Michael Walzer’s distinction between thin and thick moral concepts – those that express our universal humanity and those that embody the particularities of our traditions – as well as something on that most resonant of all contributions of the Bible to moral thought, the idea that we are each, despite our differences, in the image and likeness of God. These though are minor cavils. We are all in Kenan Malik’s debt. This is a majestic and timely work. 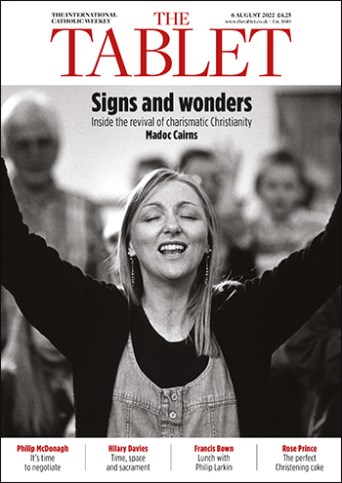