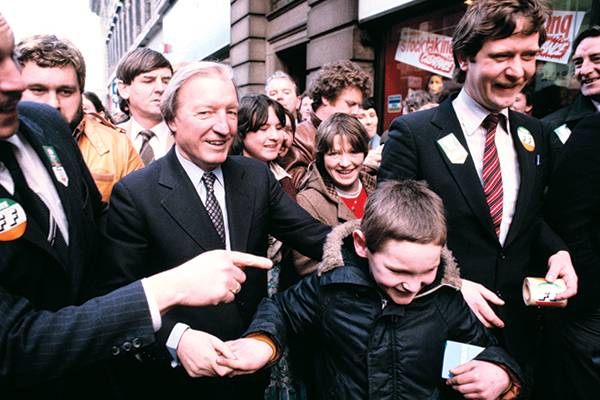 Few Irish politicians have polarised opinion as much as Charles J. Haughey, who was Taoiseach of Ireland for much of the Eighties. To his supporters, he was familiarly known as “Charlie”. His opponents, however, tended to describe him in terms unsuitable to be printed in The Tablet. Although he died in 2006, his shadow still looms large. His most articulate opponent, Conor Cruise O’Brien, former editor-in-chief of The Observer, famously wrote: “If I saw Mr Haughey buried at midnight at a crossroads, with a stake driven through his heart – politically speaking – I should continue to wear a clove of garlic round my neck, just in case.”

And indeed, after his death, a particularly strong “garlic-wearing” consensus can still be found in Irish media circles, among the professional upper-middle classes, and among centrists of a certain age. The charges levelled against him during his career were multiple. To rehearse just three of them, his opponents alleged he had attempted to subvert Irish government policy by conspiring to import arms to the Irish state with the aim of ferrying them across the border for use by Northern Irish Catholics. They also raised their eyebrows at the inexplicable personal wealth with which he funded his opulent lifestyle; and, finally, they abhorred the rough and, they believed, often criminal methods with which he and his closest supporters pursued and held on to power.