I lost count of the corpses 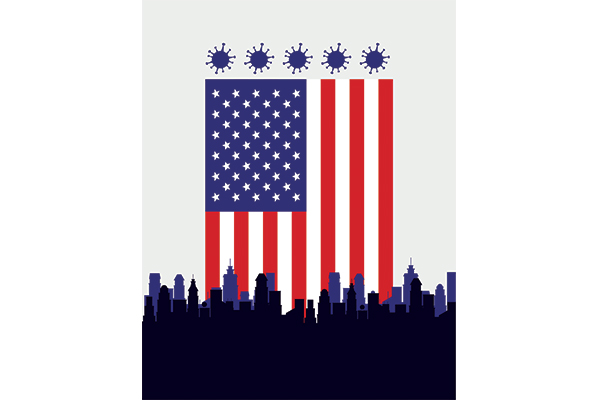 Michael Lewis is one of the best storytellers around. He writes the kind of events-fuelled tales too many post-Jamesian novelists self-consciously eschew. Three of Lewis’ books (The Blind Side, Moneyball, and The Big Short) became hit movies, and I have a feeling that his latest, The Premonition, is already being cast.

The book is subtitled A Pandemic Story, but it’s not really about America’s chaotic response to the Covid crisis. Most of the action takes place before the virus hit. The fact is, Lewis makes clear, the US (which in 2019 came first in a Global Health Security Index ranking of countries’ preparedness for a global pandemic; Britain, incidentally, came second) had a plan for dealing with just such a crisis. The trouble was, nobody with clout dared instigate it. Enter Lewis’ superheroes.
The Premonition is basically about a bunch of experts who were ignored by a bunch of know-nothings. The star of the show is Dr Charity Dean, a Californian health official whom we first meet as she’s removing a lung from a suspected TB victim’s corpse with a pair of garden shears. Held back from promotion because of “an optics problem” – she was “too young, too blonde, too Barbie”, an unnamed source tells Lewis – Charity has to fight through and off political shenanigans and chicanery to “grab hold of an entire state and turn it into an example that might lead the nation”.