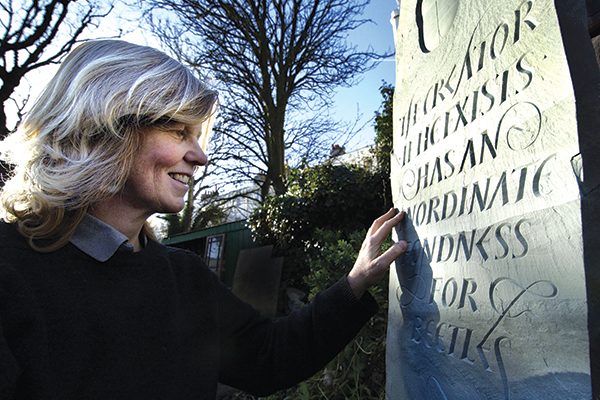 Why doesn’t the Alphabetician write her autobiography? Or, if she won’t, might the Rabbi elicit her story from her? These questions provoke a beautifully illustrated book that is a socially distanced conversation during Covid-19, a wary exchange between two individuals cut from apparently similar cloth but of very ­different character. Rowan Williams, in an introduction, speaks eloquently of their “fruitful incomprehension”. That incomprehension is interesting, and palpable.

Dan Cohn-Sherbok is a prolific writer on Judaism, but would rather have been an artist. He draws cartoons wherever he goes. And he loathed being a congregational rabbi, the servant of his flock, a salesman for his faith. The only son of Hungarian Jews, he was brought up in Denver, Colorado, his mother an ­amateur watercolourist, his father a professor of orthopaedics who “scared me out of my wits”. Except that, in his twenties, Dan ­discovered that his father wasn’t his father, and he was the product of artificial insemination.