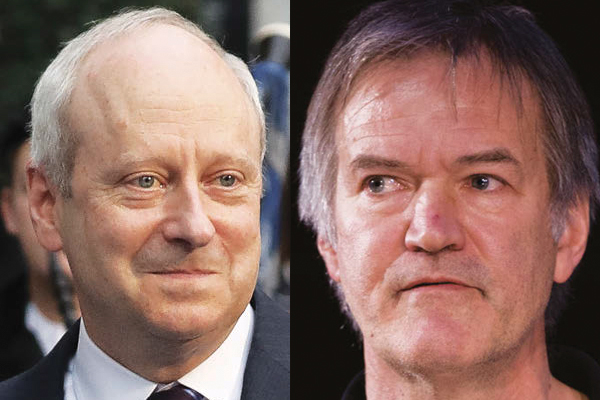 “A bad mystery is the easiest of all books to write; a good ­mystery is among the most difficult.” So writes P.D. James in an essay which her old publishers have issued, attached to her nicely-turned short story The Part-Time Job (Faber &?Faber, £3.50; Tablet price £3.15) about a victim of school bullying taking his highly satisfactory revenge. This well-designed little stocking-filler of a book is a tribute to James in her centenary year. She was a self-conscious throwback to golden-age writers like Dorothy Sayers and her overweight books always felt a bit like parody to me. She had none of the versatility or ingenuity of Ruth Rendell. But we raise a thankful glass to the memory of a dear old pro who gave pleasure to millions.

Now this is the business! Denise Mina’s The Less Dead (Harvill Secker, £14.99; Tablet price £13.49) is one of the best crime novels I have read in ages. A respectable middle-class woman, a doctor, is pregnant and (she was adopted) goes in search of her birth-mother in Glasgow. It turns out, inevitably, that her 19-year-old mother had been on the game. Like many other young women at the time, 30 years ago, she was ­murdered.

Once Margo, the doctor, has made contact with the dead mother’s sister, she begins to receive sinister, shockingly abusive, anonymous letters and the reader becomes aware, through a series of short vignettes, that a homicidal maniac is on her trail. This fast-paced, deftly-drawn thriller is also a realistic portrayal of ­working-class Glasgow and the ­nightmarish lives of young girls who teeter so easily from unhappy violent childhoods, to drugs, to the ­quickest, most dangerous way of paying for the drug habit. Denise Mina ­compellingly catches the tone of voice of angry, abandoned, drug-zonked Glaswegian women.