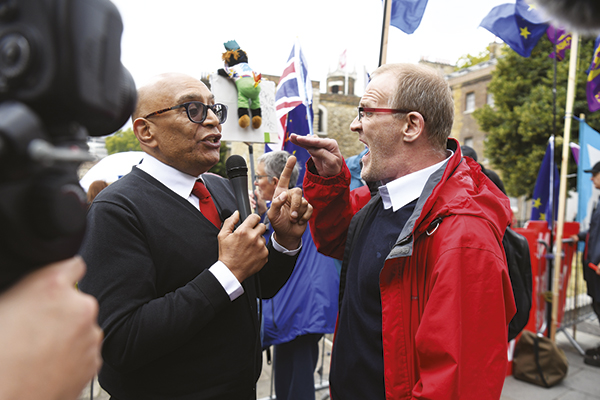 Can we move beyond entrenched positions?
Photo: PA, Kirsty O’Connor

Our political beliefs are passionately held, but are they coherent?

I like to begin a book review by ­summing up what, overall, the book is about. In this case, I find myself vexed, because James Mumford’s starting point has only ­limited bearing on the rest of his ­argument, and his argument does not lead unproblematically to his conclusion. It says much for the book that, despite this, it is extremely engaging and thought-provoking, and deserves to be read by anyone who wants to think more deeply about some of the biggest moral ­questions of our time.

Mumford begins by objecting to the fact that, in party political systems like those of the UK and US, multiple political and ­moral views get “packaged” together, so that those who accept one (such as the desirability of a free market) must accept all the rest (such as the unacceptability of abortion or gun control). He sees this as a phenomenon of the later twentieth and early twenty-first centuries. Both these claims are, at best, only partly true. This kind of packaging is far older than contemporary party politics; one can see it at work in the political factions of the Graeco-Roman world. And though party politics rely on alliances which almost inevitably create degrees of packaging, it is far from the case that all politicians or voters endorse any one package uncritically.