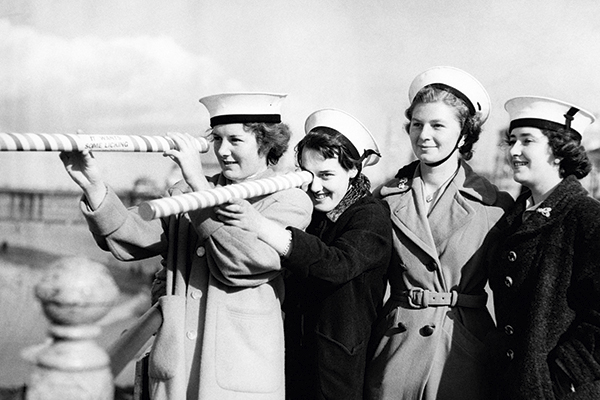 In 1930, holidaymakers in Blackpool were invited to pay 3d to view Arthur Cox, who claimed that he was male down his right-hand side but female down his left. A police inspection established that he was all male, and he was convicted of false pretences.
In 1934 another Blackpool showman promoted “The Starving Bride”, who, in a cabinet with a young man, was promised £250 if they fasted for 30 days. After 21 days and exposure in the national press, worried that a death might occur, the mayor and the medical officer of health threatened to prosecute.

Dozens of such freak shows, in cages, ­barrels, coffins or glass cases, throve by the foreshore. In 1955, a woman in a cage, billed as “a degraded drug addict”, turned out to be nothing of the sort, but the showman’s wife. No wonder people wanted their money back.

These excursions into bad taste must belong to the holiday tradition of Bartholomew Fair, satirised or celebrated by Ben Jonson and put down by the City of London in 1855. Callum G. Brown deploys them as context for his discussion of Blackpool, where six million were said to resort each September to see the illuminations. The town displayed “a sex culture at the borderline between acceptable and unacceptable” in the decades around the war.