Flann O’Brien in his own write

A neurotic aesthete: the genius of David Jones 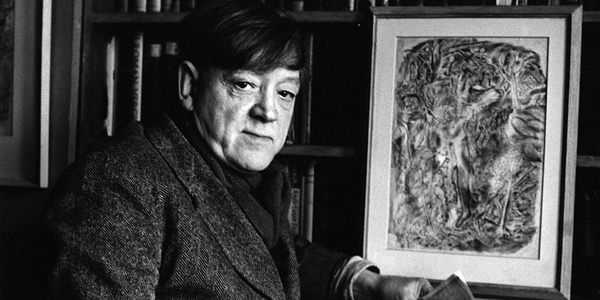 Invited by the magazine The Month to celebrate the centenary of Gerard Manley Hopkins’ entering the Jesuit novitiate, David Jones set to with a will. The task, he said, appeared “not only congenial but fairly simple”. He said this, however, no fewer than 11 times – with the repeated reservation that for him it proved “far from simple”. Draft after draft accumulated in his neat hand, tortuously varying and rearranging his thoughts, crossing out and repeating, repeating, 15,000 words painstakingly inscribed and reinscribed; and he was quite unable to complete the commission. Peter Hebblethwaite’s special issue of The Month for July-August 1968 had contributions from Elizabeth Jennings, Philip Hobsbaum and others, but none from Jones.

That was the way that David Jones worked, whether drawing or painting, engraving or lettering, writing poetry or prose. He made no distinction between the various acts of “poiesis”; like the “poeta-sacerdos” Hopkins, like William Dunbar of old, he claimed to be simply a “makar”, struggling at his craft.