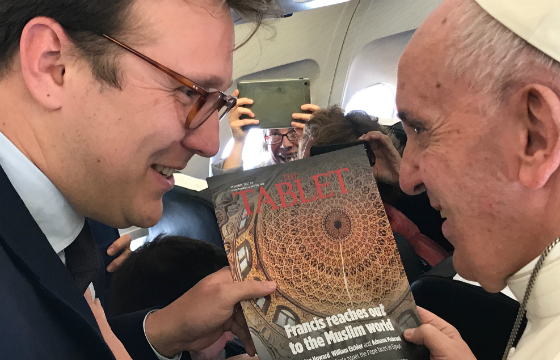 Walking among the venerable in the ancient caves of the Ukraine 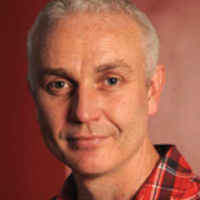 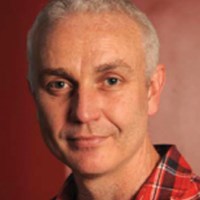 In a tiny candle-lit corridor, barely wide enough for two people, a young man in a black t-shirt and jeans pushes past me, crossing himself rapidly. He holds in his right hand, as do all of the many people down here, a candle, which makes the underground cinerarium glow with orange light.

To our right is a small niche, in which rests a glass coffin, a painting and a number of devotional objects. The young man crosses himself again, presses his forehead to the coffin, murmurs a prayer and kisses the glass. He moves rapidly onto the next niche.

I look into the coffin. Inside is a body, clad in bright green, its face covered by a cloth, with an Orthodox cross. One sleeve is pulled back to reveal a hand, mummified and yet in perfect shape. The fingers are crossed to symbolise the crucifixion. He is one of the saints of the Lavra Pechersk in Kyiv, the underground monastery that has been at the heart of Ukranian Christianity – and self-definition, for almost 1,000 years.

In 1051, according to the foundation text of Ukranian history – The Primary Chronicle, or, as it is better known, The Tale of Bygone Years, Anthony, a monk from Mount Athos, was sent forth by the abbot to establish monasticism in what was then known as the land of Rus’.

Rus’ had converted to Christianity in 988, Vladimir the Great, having his sons, his knights and then, the next day, the entire population of Kyiv baptized in the Dnieper River. While priests stood by and offered prayers, according to The Primary Chronicle: ‘There was joy in Heaven and Earth to behold so many souls saved. And the Devil cried woe is me, I am driven hence!”

It was here beside the Dnieper, on the Berestov Mount, that the newly arrived Anthony dug a 4-yard cave, in which he could subsist on bread and water and offer devotions to God. As is the lot of the hermit, he was soon joined by a number of other devotees, who began to build their own cells, marking the beginning of what became known as the Far Caves.

Entrusting the site to his most devoted follower, Theodosius, Anthony, moved further down the valley and established the Near Caves. These became the place for the solitary, or ‘eremetic’ (from the Greek ‘of the desert’, echoing Christ’s 40 days and nights of solitude). At the Far Caves, Theodosius established a cenobitic – common life – enclave. Thus the two main strands of monasticism flourished side by side.

The Great Baptism in the Dnieper was not the first time Christianity had come to Rus’. According to the Chronicle, the apostle St Andrew, brother of Peter, had, while preaching in Sinope (now Sinop in Turkey) desired to see Rome.

Crossing the Black Sea and up the Dnieper, St Andrew halted at the place that would one day be Kyiv. Setting a cross in the ground he said to his disciples “See ye these hills? So shall the favour of God shine upon them that on this spot a great city shall arise, and God shall erect many churches therein.” The magnificent 18th century Church of St Andrew now stands where the apostle made his prophecy.

Around 50 years later, it was to the Crimea that the first Apostolic Father, Pope Clement, was exiled by the Emperor Trajan where according to legend he brought water to the workers at the stone quarry where he laboured, and was martyred by being tied to an anchor and being thrown into the Black Sea.

While the relics of Clement were returned to Rome by St Cyril and Methodius – the creators of the Glagolithic script that later became Cyrillic – and now reside in the Basilica of San Clemente, local legend says that Clement’s head remained in Rus’, and is now held at Lavra Pechersk.

The caves at Lavra Pechersk - are a series of corridors, occasionally branching out into a small ‘chapel’ where a number of coffins reside. There is the constant hum of chanting and prayers, the smell of incense. The walls are covered with icons, while small holes here and there reveal the dwelling places of penitents who lived their lives in small cells. The young man is one of hundreds who will make a circuit of the cave, offering devotion to all of the nearly 150 souls who are interred at Lavra Pechersk.

In the coffins, each of them is robed, and above them are their portraits and biographies in Cyrillic. Most of the bodies have one hand exposed, as proof that they are imperishable and therefore holy. Twice a year the current monks of Lavra take them from their coffins for cleaning, and dress them again.

Venerated as saints, they include some of the greatest men and women in Ukranian history – Anthony and Theodosius themselves; Alipy of the Caves, the first Ukranian icon painter; the Venerable Agapetus, a healer to whom the people of Kyiv still come seeking cures; Saint Juliana, the virgin-martyr Princess of Olanshk, and Ilya Muromets, the legendary hero of Ukranian folk tales.

But there are also many whose story is unknown to me, save for their evocative names, Ieremia the Clairvoyant, Onuphrius the Silent, Nikon the Dry, Abraham the Laborious and the intriguing John the Long-Suffering. I find myself wondering if John’s suffering was related to the laboriousness of Abraham.
Most moving is the coffin of a small boy, John the Infant, to whom Kievians pray that they may have a baby. A young woman presses her lips to his coffin, and makes her request.

Exiting the caves, my guide takes me up to the top of Berestove mountain, endowed to the monastery by the Grand Prince of Kiev in 1171. Here stands a complex of beautiful devotional buildings, including the Great Lavra Belltower, once the largest free-standing belltowers in the world, the Church of the Saviour at Bersestov, home to the tomb of Yuri Dolgoruki who, as the primary Chronicle relates, founded Moscow, and the glorious Church of the Dormition, the central church on the site.

For nearly a thousand years the fate of Lavra Pechersk has mirrored that of Ukraine – a battleground for competing outside sources. Sacked by Cumans in 1096, by Tatars in 1240 and 1482, the Lithuanians in 1321 and ravaged by fire in 1718, it became a focus of anti-religious propaganda after the Soviets assumed power in 1917. In 1926, the 1,000 monks then in residence were sent away, and the whole complex became the ironically – or perhaps cynically – named Lavra Museum of Religious Cults and Way of Life.

Then, in 1941, an explosion destroyed all but one wall of the Church of the Dormition. It is commonly assumed that the Red Army had set mines which detonated when the Nazis took control of Kyiv and pillaged the monastery. The clock in the belltower stopped with the explosion, for the only time in its history.

The church was rebuilt, and in 1988 - the 1,000th anniversary of the Great Baptism of Rus’ - the Soviet government during Perestroika gave Lavra back to the Ukranian Exarchate of the Church of Russia. One hundred monks now dwell here.

Inside a service is in progress, and ten monks, bearded, stocky, stand in a circle swinging censers and chanting, filling the air with music and perfume. I am keen to watch and listen, but my guide has something to show me. She takes me to a large coffin near the entrance. Inside the lid is a small niche, in which sits a finger. It is, she explains, the finger of St Stephen, the first Christian martyr, whose story is related in chapter seven of the acts of the Apostles. It was miraculously found in the rubble of the Dormition Church. ‘So, you see?’ she says.

The next day I return to the caves, to the coffins of the venerated. There is one in particular I wish to visit. It is a business day, so the crowds are smaller, but the air is still filled with the same music and perfume that filled the Dormition. Near the entrance two people are discussing the situation in the Crimea.

An old woman sets down her bags and presses her hand on a coffin, and I find myself doing the same. This is the coffin of the man celebrated as the author of The Primary Chronicle, and therefore as the founder of Ukrainian history. A monk at Lavra himself, he discovered the relics of Theodosius, the founder of the monastic community. Finding them incorrupt, he established the tradition of paying devotion to the saints of Lavra.

I cross myself above the tomb of Nestor the Chronicler, and gaze in appreciation one last time at the hand that wrote the history of the Ukraine.