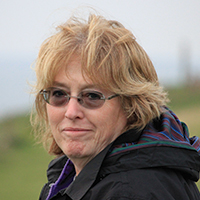 Lourdes is a paradox: a dark cave from which light shines forward, the suffering gather in joy not sadness 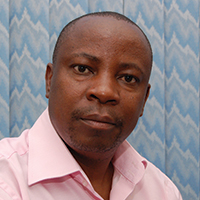 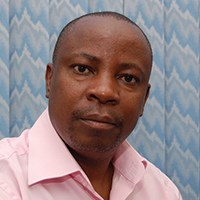 The tragedies that have been visited on South Sudan since the outbreak of civil war in 2013, when the new country was just two years old, are countless. More than 50,000 people have been killed and 1.6 million displaced, according to the US-based Council of Foreign Relations. Every one of these people, and especially the children, living or dead, carries a tale of grief and suffering- a story of a wasted or blighted life. Famine stalks the land, and blood darkens it.

In the midst of this tragedy, the Catholic Bishop of Tombura-Yambio, in whose diocese the city of Wau lies, has used the destruction of this once thriving city to speak against the man-made havoc and mayhem visited on the whole country. Writing to the elders of the district, on the occasion of the funeral last month of a much-loved bishop, he mourned the loss of the historic character of the city of Wau, and demanded its restoration, as a step towards ending this war.

In most cities of sub-Saharan Africa, historical references are to the colonial era – still reflected in the architecture – and the post-colonial era. The pre-colonial history of sub-Saharan Africa is a rich source of historical study, but the societies are mainly non-urban. This is what makes the appeal of Barani Eduardo Hilboro Kussala, Bishop of Tombura-Yambio and president of the Sudan Catholic Bishops’ Conference, particularly striking.

“Wau, your historical city, is now at a critical situation,” he wrote to the elders of Greater Bahr-el-Ghazal, the region of South Sudan that contains his diocese and the city of Wau. “The hatred and suffering which I witnessed (at the funeral of Bishop Rudolf Deng Majak) in Wau brought me into uncontrollable tears. It was no longer the Wau I knew back in the 1980s when its beauty and greatness were known throughout the country. What I found instead was death, hate, hunger, huge displacement, intolerance, empty and destroyed infrastructures, senseless killings and disarray.

“When we laid Bishop Majak to rest,” he went on, “I appealed to you the great daughters and sons of Greater Bahr-el-Ghazal to find strength in your history to revive the spiritual cultural and political richness of Wau, which used to have an important influence on the entire nation of South Sudan. This is no longer the case as attacks on innocent civilians seriously undermine the confidence in the once great people of Wau. I now beseech you: please stop, retreat and move together to solve the problem.”

Wau lies on the Nilotic plains of South Sudan, spreading northwest on the bank of the Jur River about 400 miles from the capital Juba. It is no stranger to violence and brutality. Arab slave traders established the city as their fortified base in the nineteenth century. In the second civil war in Sudan (from 1983 to 2005, between the central Sudanese government and the Sudan People's Liberation Army) the city acted as garrison town for the Khartoum-based Sudan Armed Forces.

One of the main factors of Wau’s division is its multicultural diversity. Its residents include peoples of Fertit, Dinka, Luo, and Arab ethnicity. Fighting in the city – most notably in 1998 and 2007, has always had an ethnic dimension. In 2016, Wau experienced heavy clashes that displaced much of its Fertit population and led to widespread destruction. On 10 March, 16 people were killed in fighting between forces of President Salva Kiir, a Dinka, and rebel fighters loyal to Riek Machar, the former vice-president and a Nuer. Some 3,000 people, mainly women and children, took refuge in the Catholic church in the town, with scores of others moving to the UN compound.

Hilboro reminds the elders that the “diversity” that has driven conflict has also contributed to Wau’s cultural and political richness. Its natives have brought it world renown, in fields ranging from sport to fashion.

The towering and celebrated Luol Ajou Deng was born in Wau 32 years ago. The 6ft 9ins Sudanese-British basketball player plays for American NBA league side Los Angeles Lakers. He has played for the Great Britain national basketball team since becoming a British national in 2006. And 7ft 1in tall Thon Marial Maker, 20, a Sudanese-Australian, plays for Milwaukee Bucks.

In his letter to the elders Hilboro tried to turn one side of the multicultural double-edged sword to his advantage,“The people of Greater Bahr-el-Ghazi can sdaw a strength from each other as people. You have a common humanity, a common heritage, a shared history and you are socially interwoven,” he writes.

“At Bishop Majak’s funeral I saw one people – I did not see Fertit, Dinka nor Jur but one people of Wau whose greatness draws from your mixed cultural values, your great history and blood.

“Elders, you cannot ignore the role that culture can play to resolve disputes and to strengthen the ties that bind you together. People derive their sense of meaning from their culture. What does it mean to be human? What is – or ought to be – the nature of human relations? … Cultural values throughout the history of the people of Wau state and adjacent region have provided the foundation for the social norms for people to live together. Through sharing these cultural values with fellow community members and by handing them down to future generations societies can – and do – reconstruct themselves.”

He recommends: “A key step would be to find a way for members of [our] communities to ‘re-inform’ themselves of their rich history and co-existence with a cultural logic that emphasises sharing and equitable resource distribution. This means reemphasising the importance of reviving cultural values that foster a climate where peace can flourish.”

The United Nations declared famine in the country in February. Five million people have exhausted their food resources, with hundreds of thousands on the edge of starvation.