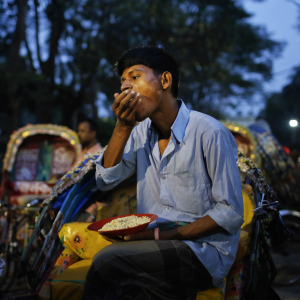 Our perception of Ramadan highlights the gap between Christianity and Islam 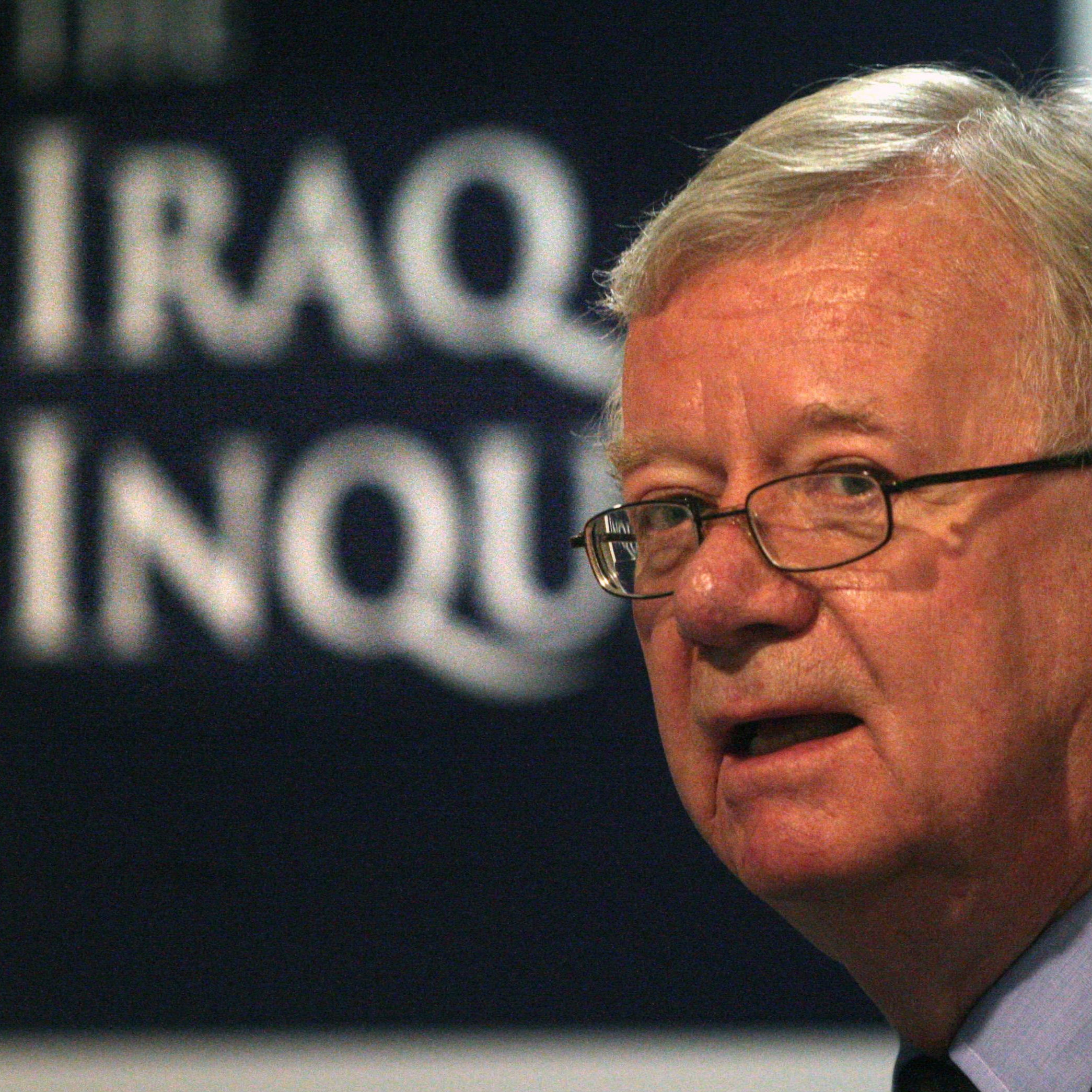 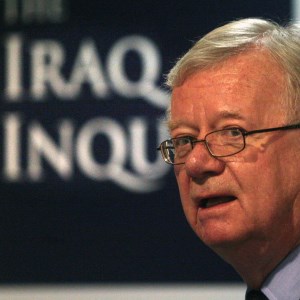 Sir John Chilcot's final verdict on Britain's role in the Iraq conflict is both damning and shaming. Damning, because this was a catastrophic episode based on wilful negligence of a high order. Shaming, because it exposes the British decision-making process, even on the gravest matters of life and death, as systematically flawed. There is no reason to think that the decision-making process is any better now than it was at the time. However, if the Chilcot criticisms and proposals are fully accepted and acted upon, such culpable errors would be much less likely in future.

That, of course, is being optimistic. Those errors may well be endemic in the way the British Establishment operates and always has done, and there is little prospect of much change there. Iraq joins a long list of British military and foreign policy misjudgements, alongside names like Gallipoli, Narvik, Crete, Dresden, Suez, and so on. I do not think Afghanistan belongs on that list, nor is it fair to ignore successes alongside failures. Amongst those, possibly outweighing all the rest, was Britain's remarkable contribution to the post-war reconstruction of German society. If only Britain had been equally successful in reconstructing Iraq after 2003...

Morally, that is the most serious failure of all that Chilcot identifies. Britain alongside the United States promised at the outset to put Iraq, after the defeat of Saddam Hussein, firmly on the road to peace and prosperity. Yet the primary concern of British commanders on the ground was to bring the troops home as soon as possible. The Iraqi people were betrayed. They were entitled to good government; they were left with virtually none, just gung-ho American military occupation mildly mitigated by British polite reservations.

It is easy to work out from Chilcot's careful analysis that America is by far the more culpable in this respect, but Britain went along with it and must share the shame. How did the Foreign Office, with all its expertise, fail to see that Iraq under Saddam was one giant pressure cooker of sectarian rivalry, predominantly Shia versus Sunni as well as many lesser tensions? How did it not foresee what would happen when the pressure was released? Yet the only internal mechanisms for managing that pressure, the army, police, local government and so on, were wantonly dismantled in order to eliminate Ba'athist Party influence. If the hope was that a mature Western type democracy would spring up spontaneously out of the ashes, this was never more than just a neo-con fantasy.

It is not a fair assessment of Chilcot to say that he put Tony Blair at the centre of these criticisms, though that is precisely what many will do. He did promise President George W Bush British military support long before Parliament or the Security Council had considered that matter, but he did so conditionally. American neo-conservative certainty - arrogance is another name for it - meant that these conditions, reasonable as they were, never survived contact with the enemy. Yet Britain went meekly along with the American agenda, a dangerous fusion of unbending ideology and wilful ignorance, knowing it was flawed.

British tacit complicity in a grossly mismanaged occupation may seem less culpable than the half-truths that are the basis of Chilcot's frank criticisms of Mr Blair in how he handled the run-up to the war. It is the bigger issue, nevertheless, and the British army has a lot to answer for here. But it is to that largely American failure that the vast majority of deaths attributed to the conflict overall - of the order of 150,000 - can more fairly, though still only partly, be attributed. The lion's share of moral responsibility must lie with Shia and Sunni leaders who found a pretext for resuming their bitter centuries-old feud. It is actually insulting to Arabs to deny them that responsibility in order to blame the West. They are not children.

Even worse, to blame all these casualties solely on Mr Blair is ridiculous. The same is true of the British military deaths - totally 179, including friendly fire incidents and battlefield accidents - which are dwarfed by the American military losses of more than 4,000. Deaths in military conflict are caused by military conflict, often from mistakes made by local commanders. Nevertheless, there are big questions that Chilcot had to answer.

Did Tony Blair act unlawfully, to the extent of committing the international crime of waging aggressive war? Chilcot declines to say so, which I think is therefore a negative. Did he act unwisely and arrogantly? Obviously yes; Chilcot's verdict is clear. Did he act immorally, ie in bad faith? In truth, I think he persuaded himself, and was glad to have helpful advice, now known to be based on misinformation, from the Joint Intelligence Committee. If there is a smoking gun in all this, that is where it points. The intelligence services were culpably negligent - unintelligent, indeed. They never seriously questioned their own mindset. Perhaps the biggest crime of all that Chilcot uncovered was institutional arrogance. And that is a lesson we all need to learn.

What might have avoided all this would have been a rigorous examination of Anglo-American policy according to the criteria of Just War theory - as The Tablet advocated at the time. Thus to be morally permissible, military action has to be a last resort after all other methods have been tried and failed. And Just War theory would add that even in the last resort, such action has to be sanctioned by a proper authority.

Since the foundation of the United Nations, and leaving aside the case of immediate self-defence in response to a sudden attack, proper authority lies with the Security Council. The majority of the Security Council did not authorise the military action that was being proposed, though it must be noted that it also held back from condemning that action. Iraq never asked to be defended against unjust aggression, which may indicate a guilty conscience. But the legal grounds for Anglo-American action were never more than tenuous, Chilcot found. In those circumstances, that well known principle of moral theology - when in doubt, do nowt - ought to have been applied.

Proportionality, the key principle of Just War theory, is not so easy to apply, as it requires balancing the harm from leaving Saddam Hussein in place with the harm involved in deposing him. But the whole weight of Catholic thought on this matter has always been to be extremely sceptical about overthrowing even grossly unjust regimes, because the anarchy that often follows the breakdown of law and order can easily have even worse results. And that is absolutely - horrendously - true in the case of Iraq.

So Just War theory emerges well out of the Iraq conflict, its reputation intact. One can hardly say that for the main participants.

My Name is Renee Abbey.. I want to say thank you to Dr Trust for the good thing he has done for me,Though am not sure if this is the best forum to show my joy and happiness for what he has done for me but i can't hide my happiness and my Joy so i have to share it with people, my marriage got crashed about two years ago and i tried all i could within my power but to no avail. i saw post and testimonial about the good things Dr Trust has been doing so i decided to give it a try. though he is always a busy man but when he responded back to my email, he gave me 48 hours for my marriage to be restored really just like he said my marriage was restored since then I am happy and i am living happily in my marriage. I am so grateful to Dr Trust you can always email him here: {[email protected] or [email protected]} Call +2348156885231 or text him on his web site http://ultimatespellcast8.wix.com/ultimatespellcast
Comment by: Sue
OMG! Thank you so much Dr. Trust for restoring back my Broken marriage for 4 years of total separation with my lovely husband cos of her mistress who use a spell on him to abandoned me and our kids. i have contacted so many casters online several times but be scammed. i saw a testimony on the internet of one Juliana testifying of your good work, i contacted you which you assured me just 48 hours for an instant result. Sir just same 48 hours as you promise my husband came back home begging for forgiveness to love and cherish i and the kids forever, am so happy and thankful to you Dr. Trust,,,I am So Happy and Excited because as i am writing this Testimony, My husband is madly in love with me again. If there is any body Out there who is in Difficulties and need help should kindly Contact Dr. Trust on His Email ID and he is Ready to Help you no matter the Situation, ([email protected] or [email protected] call +2348156885231) Web http://ultimatespellcast8.wix.com/ultimatespellcast