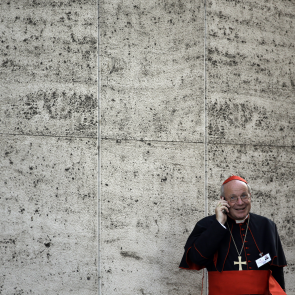 German theology and pastoral sensitivity key to opening up synod

Synod is about more than just family - it's about a legacy 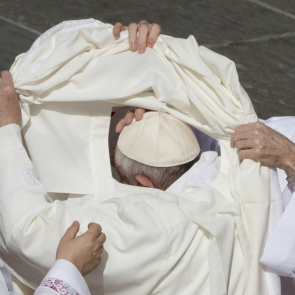 Whatever emerges from the three-week synod on the family, one thing is clear following Pope Francis’ speech at the weekend: this gathering is as much about the importance of a synod as it is about the family.

Marking the 50th anniversary of the Synod of Bishops, the Pope made clear that the Church should not just hold synods but become synodal.

An enhanced synod, the Pope explained, “is one of the most precious legacies of the Second Vatican Council” and is able to “keep alive” the spirit of the council and its method.

That spirit and method meant an enhanced role for local churches in decision making.

Despite the council’s call, however, both synodality and collegiality - for bishops to assist the Pope in governance - were stifled in the years following Vatican II.

In his speech on Saturday Francis admitted this problem by saying that the “spirit of collegiality has not yet been fully realised” adding that he would like to see a “healthy decentralisation” away from Rome.

But this means a lot more than giving more power to local bishops and diocesan officials as the Pope explains “the summit is located below the base.”

When it comes to marriage and family, therefore, this requires a “listening Church” which is why the Pope took the virtually unprecedented step of sending out questionnaires to Catholics across the world to hear their views.

This was not simply a consultation exercise but is rooted in the theological idea that it is the people of God who have an “instinct to discern the new ways that the Lord is revealing to the Church.”

This is known as the Sensus Fidei - the sense of the faith among people - an idea developed by John Henry Newman. It is also a key part of Francis’ own theology of the people, that the Church can learn from the lives of ordinary faithful.

As the Pope explained: “how would we ever be able to speak about the family without engaging families, listening to their joys and their hopes, their sorrows and their anguish?”

Yet when many Catholics decide they cannot follow certain elements of teaching - such as the ban on artificial contraception - this raises a serious challenge. And in many parishes across the western world divorced and remarried Catholics are receiving communion. If the flock is able to discern, how should the Church respond?

There are of course some who will say that ordinary Catholics flouting teaching are not saying anything that should be listened to. They point to the teaching of the Second Vatican Council which says the senses fidei is only relevant when bishops and lay faithful show their “total agreement in matters of faith and morals.” 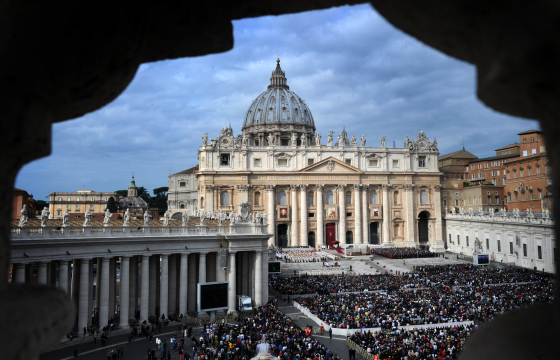 At the same time, Francis, no fool to how power works and not afraid of using his, is not abdicating papal authority. And he has the final word in what the synod produces.

He stressed: “The Pope, by the will of the Lord, is ‘the perpetual and visible source and foundation of the unity both of the bishops as much as of the multitude of the faithful.’ ”

But by stressing the papal title of “servant of the servants of God” he hopes to propose a leadership model of authority as service.

This will help with the Catholic-Orthodox dialogue where a long standing sticking point for the Orthodox is the notion of the Pope as an overarching leader.

And for Francis, a church that listens and a Pope who serves, is a better model not just to Catholics but the world at large.

As the Pope said during the canonisation of Blessed Louis and Zelie Martin, the parents of St. Thérèse of Lisieux: “Those who serve others and lack real prestige exercise genuine authority in the Church.”

Decentralisation is not just about Bishops having more power at a local level. That would be very dangerous.

If we follow the directive of The Vatican II document Lumen Gentium we would see a proper synodical process in each diocese involving laity, clergy and bishops.

This has never been implemented.

Lumen Gentium has it this way:
(The laity) “are, by reason of the knowledge, competence or outstanding ability which they may enjoy, permitted and sometimes even obliged to express their opinion on those things which concern the good of the Church. ..When occasions arise, let this be done through the organs erected by the Church for this purpose. ..A great many wonderful things are to be hoped for from this familiar dialogue between the laity and their spiritual leaders: in the laity a strengthened sense of personal responsibility; a renewed enthusiasm; a more ready application of their talents to the projects of their spiritual leaders. The latter, on the other hand, aided by the experience of the laity, can more clearly and more incisively come to decisions regarding both spiritual and temporal matters. In this way, the whole Church, strengthened by each one of its members, may more effectively fulfill its mission for the life of the world”.