If I reject David Cameron’s values, am I an extremist?

Even though Turkey has been drawn into the campaign against Islamic State in Iraq and Syria the future for the region’s non-Muslims remains far from secure. However there are two important steps the US needs to take to help restore peace there

Most of Washington’s allies have been reluctant to join its anti-Islamic State (IS) bombing campaign. One of the most conspicuous holdouts, NATO member Turkey, has now reluctantly yielded to American pressure. But its rulers have exacted a stiff price: the right to bomb the region’s most effective anti-IS fighting force – the Syrian and Iraqi-based Kurdish militias.

With restive Kurds making up roughly 20 per cent of Turkey’s population, the country’s Islamist authorities feel more threatened by secular Kurdish nationalism than by jihadism. Thus the grisly war in the Levant and Mesopotamia threatens to spread into Anatolia. 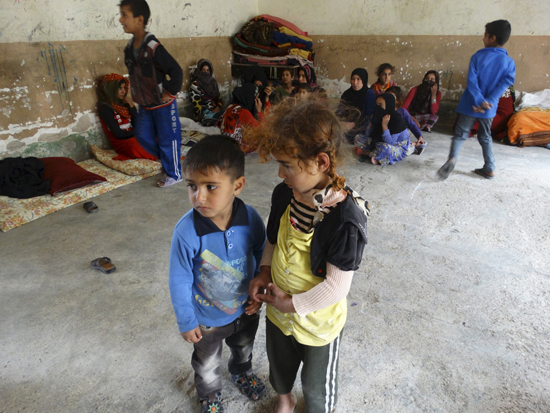 Four years ago this month, President Barack Obama made a fateful decision. He announced that “the time has come for President Assad to step aside … for the sake of the Syrian people”. This signal for regime change triggered a set of measures, both overt and covert, involving a network of US-led alliances. While the US leads, the UK is a significant element in its network of alliances.

According to Vice-President Joe Biden, massive amounts of weapons and funds were transferred from America’s Sunni regional allies – Turkey, Saudi Arabia and Qatar – to al-Qaida and other jihadists. Following a meeting last May with the CIA Director, Senator Lindsey Graham went further, stating: “We find ourselves or our allies in the region supporting a terrorist group”.

As it did Iraq, Libya and Yemen, America’s regime change policy has created conditions in Syria for humanitarian catastrophe, including genocide. Much of the country has now been cleansed of Christians and other non-Sunni religious minorities. Most of the displaced Christians I encounter in my travels to the region are impoverished, traumatised and fearful of the future.

While the UN reported in August 2001 that 2,000 Syrians had perished, four years later the death toll has topped 200,000. Over half Syria’s population of 22 million has been forced to flee their homes. Some 8 million have sought protection behind the lines of Assad’s army. And 4 million have fled abroad.

The so-called Islamic State (IS) has emerged from the mayhem as the chief protagonist in this grisly Levantine drama. Its move for preeminence among competing jihadist armies came last summer when it spectacularly walked into the Iraqi city of Mosul, and religiously cleansed surrounding Christian, Yezidi and Shi’ite villages – all without facing US airstrikes. But IS overstepped Washington’s red lines by targeting vital economic and strategic interests: Baghdad, Iraq’s Autonomous Region of Kurdistan, and Iraqi oil installations. So began the airstrikes to contain IS.

Former CIA Director and Defence Secretary Leon Panetta has aptly compared the conflagration in Syria and Iraq as akin to the seventeenth-century, sectarian Thirty Years’ War in Europe.

To untangle the mess and restore a semblance of civilisation to the region will be a Herculean task. It will involve the diminution of Islamist influence within the United States’ network of alliances, and the improvement of relations with Russia and China.

Christians can act as catalysts for peace and the preservation of Christianity in the Islamic Middle East by amplifying Pope Francis’ recognition of the “genocidal” character of the sectarian conflict, and by echoing his demand that it “must end”. Last spring, the Vatican, in conjunction with Russia and Lebanon, launched a UN initiative for the restoration of the peace in the region, based on respect for religious pluralism. If progress is to be made, the Pope will need to have the audible support of the entire Christian world when he carries this message to Washington next month.

John Eibner is a Director of Christian Solidarity International (CSI), with responsibility for its Middle East Programme. He travels frequently to Syria and Iraq

Above: Displaced Iraqi children stand in a classroom of a school used as a shelter in the central Iraqi city of Ramadi. Photo: Reuters/CNS

Are these big, rich American churches..some practically fiefdoms... committing to money and help? If they are it's certainly in secret. The one's I'm familiar with never mention this at all or take up collections. When I ask about pensions and 401Ks being invested in those perpetrating this genocide and weapons, I get a blank stare like a deer in the headlights of a truck.