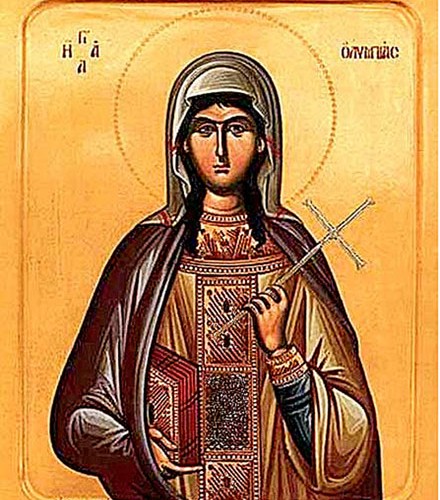 Speaking to an international group of women and men religious last Saturday, Pope Francis said that the Church needed women’s voices, input, and experiences. He went on to say that although women could be appointed as heads of some offices of the Vatican curia, that would not be enough to “recover the role” that women should have in the Catholic Church. What was important was ensuring that women had a voice and are listened to because the Church needs their specific richer, stronger, and intuitive contributions. He said, as he has before, that the Church needed the “feminine genius”. Nevertheless, so far there has been little evidence of any such real progress for women as advocates or officials in the Church.

Might I suggest that suitable Religious and lay women who are given vocal and official roles in the Church be ordained like men to the permanent diaconate – with its three-fold ministry of the Sanctuary, the Word, and charity. For those conservative male clerics who might be worried about ordaining women to the permanent diaconate, this would not necessarily be a “slippery slope to women priests” because the contemporary restored ordained diaconate is permanent.

Francis urges cloistered nuns to engage with the world (£)
Hannah Roberts, 21 May 2015

I want to see Catholic women ordained bishops – but not into the hierarchy as it is
Una Kroll, 21 November 2014

There were many women deacons or deaconesses during the first millennium, particularly in the Eastern part of the Catholic Church. Women deacons are mentioned in Scripture or were canonised like St Olympias (pictured), who I included in the litany of the saints in my own diaconal ordination. The ancient diaconate of women had all the elements of an authentic sacrament – imposition of hands by the bishop with the invocation of the Holy Spirit, investiture with the diaconal stole and so on. The only difference in the ancient roles of women and men deacons was that only women could prepare women catechumens for joining the Church, as only women could anoint and immerse women at baptism, for which catechumens had to strip totally.

Surely further cericalisation is not the way to go. What we need to recognise is the value of the Laity both male and female.

Let's count all the women who are exercising a quasi diaconal role in the Church right now so many deserve to be ordained persevering with their own theological education and giving of themselves 24 seven. Our Church is becoming more obsolete every day and yet we cannot find the grace to do the obvious. why because ordination is a male privilege system in our Church. why would privileged men choose to fight for the rights of women in the Church? Maybe we can change things by women themselves standing up and saying to Pope Francis 'We are Requesting ordination as We have been doing this role for centuries.'

johnnycuredents' comment seems to imply that Mr Phelan is "ignoring tradition". He seems to have got it wrong, though, since, as Mr Phelan makes clear, his suggestion would not discount tradition but would follow it, and indeed restore it where it has lapsed.

I've often wondered what opponents to female ordination think is God's reasoning for not wanting women to be ordained. I mean, obviously we can't know the mind of God, but I do wonder if they ever contemplate what might be God's purported opposition to welcoming women into the ordained ministry of the Church.

It strikes me as strange that in the twenty-first century (and before) women can be monarchs, presidents and prime ministers, and incredibly gifted scientists and artists, and CEOs and all manner of leaders...but some think God wouldn't want them to be humble clerics.

"For those conservative male clerics who might be worried about ordaining women to the permanent diaconate, this would not necessarily be a “slippery slope to women priests” because the contemporary restored ordained diaconate is permanent." The operative words here, of course, are "not necessarily." But all of us who lived through the last 40 years of Church history know full well that it would become a "slippery slope" to priestesses in no time at all. And this suggestion seems to ignore the important fact that ordination is.....ordination. I know it's fashionable today to ignore tradition and church councils, the teachings of St. Paul, etc., but it seems unseemly for Catholics to do so, even if it does make them popular among those enamored of modernity.