Brexit could undo 70 years of peace-building

Bishops must support the children of priests

The Irish bishops have pledged to fund all counselling needed by clients of a new support group for the children of Irish Catholic priests, Coping International. Dublin Archbishop Diarmuid Martin added: “I pray that Coping will be able to find ways which will bring the children of priests and their natural parents together for the benefit of both.” David Weber, the son of a priest, says globally thousands of people are affected

While much justified coverage has been devoted to child abuse by members of the Catholic clergy, a different issue, with again children as the main victims, has been largely neglected by the media and governments: the discrimination faced by children whose father is or was a Catholic priest.

Many rights thought to be basic in any modern society – the right to know one's father and be able to have open contact with him, the right to receive child support not attached to conditions, and the right to inherit from one's father, are being denied to children of priests, resulting in a discrimination that has consequences long into adulthood. 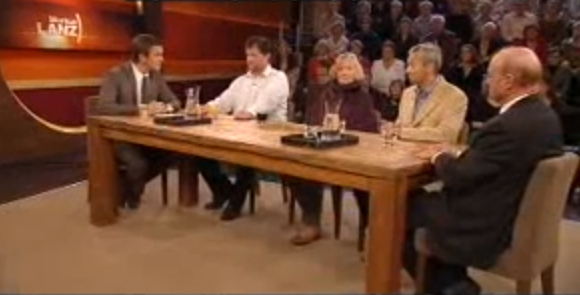 The numbers of those affected are far greater than most people would expect. A 2010 Guardian article estimated a figure of 1,000 children were born to priests in Britain and Ireland. In Germany, the initiative I co-founded, Menschenrechte für Priesterkinder (Human Rights for Children of Priests), estimates a figure of around 3,000. I am the son of a German mother and an Australian priest.

When I gave these figures to Bishop Hans-Jochen Jaschke, an auxiliary in Hamburg, in a discussion programme, he replied "we don't have exact numbers, but 3,000 is a figure that is probably quite accurate".

The number of those affected who have demanded an end to the discrimination they have suffered remains low. The majority of those who contact our initiative, which focuses on the political and legal aspects of the issue, and those who turn to private support groups, demand that they remain anonymous for fear of the financial and social consequences. While this is understandable it is clear that change can only begin when those discriminated against speak out.

While a child of a diocesan parish priest might sometimes have secret contact with his or her father, (who might often live close by), in my experience, the payment of child support is attached to a confidentiality agreement that results in immense pressure on the child not to tell anyone who the father is (and to, say, not even inadvertently call him "Dad" in public). Religious priests who father a child may be sent into mission on another continent.

The 2014 report on the Vatican’s compliance with the UN convention of the right of the child was almost revolutionary therefore in recommending that “the Vatican find out who [the children of priests] are, [and] take all necessary measures to ensure that the rights of those children to know and to be cared for by their fathers is respected.“ The convention effectively became the first secular authority since the introduction of the Church’s celibacy rule in 1022 to officially reprimand the Church on its treatment of children of priests.

It is exactly what needs to happen now.

Surely the elephant in the room here is why these priests do not face up to their parental responsibilities and leave ministry. Why do we keep privileging these men, a committed married man who got another woman pregnant is called an adulterer. Celibacy is not the issue fidelity is the issue.

I am a Catholic married priest. I live in Brazil. I was ordained in 1966. In 1983 I asked for and received the dispensation from celibacy and married. We have two adult children, both were born after we got married.
In the community where I work everyone knows who my wife and children are. My children have never suffered any form of discrimination by the fact that their father is a priest.
I think though that the step by the Irish Bishops to support the group Coping International which is fighting against the discrimination faced by by children whose father is a catholic priest is a wonderful positive step.
First of all the Bishops are hereby publicly admitting that some priests are biological fathers and not just "fathers" in the spiritual sense. Secondly they are concerned about the suffering that the children of priests go through by not being able to tell people in public who their father is and by not being able to call him "Dad" , like any other child. Thirdly that the mother of their child will receive child support. These are tremendous positive steps and the Bishops are to be praised for them.
Obviously celibacy should be taken seriously by celibate priests, but this does not always happen.Hopefully though now with this statement of the Bishops the ancient practice of banishing a priest to another diocese or continent, when it was discovered that he had fathered a child will end.