US nuns’ relief that the Vatican’s investigation fizzled out

The close relationship between Scottish bishops and the SNP

The continuing nationalist surge in Scotland means Britain may face constitutional turmoil that is unparalleled since the unrest that led most of Ireland to depart the Union in 1922 and which engulfed Northern Ireland for a generation after 1969.

Religion is often seen as an accessory of nationalism in Ireland but, in both these crises, the leadership of the Catholic Church – and many of the clergy – usually behaved with caution. However real the grievances of some of their flock, a militant church line was seen as potentially disastrous. 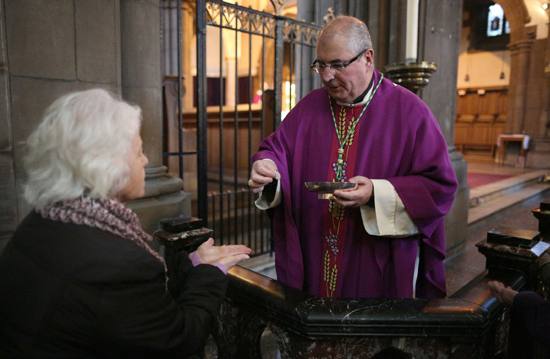 Nowadays, such caution is less in evidence among the leaders of the Catholic Church in Scotland. Last September, shortly after 55 per cent of voters, on an 86 per cent turnout, endorsed the 307-year union in a referendum, the Archbishop of Glasgow, Philip Tartagalia, wrote an adulatory letter to Alex Salmond, the then leader of the Scottish National Party (SNP) who had just announced he was resigning as First Minister. The letter referred to Salmond’s “outstanding career in politics” and to his having been “a wonderful ambassador and champion for Scotland at home and abroad”.

Similar stellar praise from the top of the Church greeted the emergence of Nicola Sturgeon last December. The historically-minded Salmond is mindful of the Church’s role as an emblem of past independence. Sturgeon is a secular lawyer who, as Minister of Health, was clearly unsympathetic towards Catholic employees in the NHS unwilling to participate in abortions, and who offered very public backing for same-sex marriage. 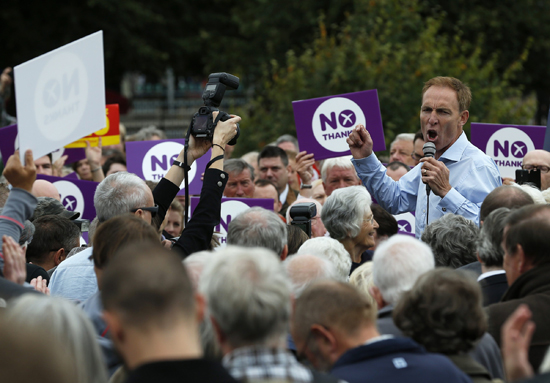 Archbishop Tartaglia appears to be on the same political journey as the numerous Catholics who have swelled the ranks of the SNP in recent years. At times, priests in his archdiocese have struggled to separate their pro-independence sympathies from discharging their religious duties. For years, several of the leading officials who advise the Scottish hierarchy have also been well known for their pro-SNP views. They include Peter Kearney, director of the Scottish Catholic Media Office, and David Kerr, an adviser to the Archbishop of St Andrews and Edinburgh, Leo Cushley.

Archbishop Cushley insisted in 2014 that a rowdy referendum campaign, marked at times by open intimidation, had been civil and constructive, turning a deaf ear when presented with evidence to the contrary.

The Church of Scotland is less sanguine. The current Moderator of Scotland’s established church, the Rt Revd John Chalmers, felt the need to announce a service of reconciliation on 21 September, one which both Salmond and Sturgeon declined to attend. Almost 70 per cent of voters who defined themselves as Protestants voted against the split, while 57 per cent of Catholics, often claiming Irish ancestry, voted in favour of separation.

The Church has not encouraged questioning of the wisdom of dividing an economically viable country made up of four national territories, and whether the same standard of life can be maintained in a post-British Scotland where a tiny tax base will sustain an extensive public sector. A pastoral letter issued this month emphasised key issues championed by the SNP, such as the removal of nuclear weapons and challenging inequality. But it failed to urge restraint with feelings already running high. In Glasgow East, where Archbishop Tartaglia grew up, Margaret Curran, the sitting Labour MP, has regularly encountered SNP activists who heckle and photograph her as she knocks doors in the constituency.

Church authorities have reacted with nonchalance to the decision last month of St George’s Catholic school in Glasgow to invite far-left agitator Tommy Sheridan to talk about politics to primary age pupils who later mounted their own demonstration in the city against austerity. Yet the Church’s view is that in a school where it has an important managerial role, any action is up to the city council.

Archbishop Tartaglia’s growing support for the SNP may yet leave the Church exposed and vulnerable if Scotland becomes a major political headache that acquires global significance.

Top: Archbishop Tartaglia and (above) Scottish Labour leader Jim Murphy, who led the 'No' campaign

John Brown's valid objections await a response from the author

Wherever the Church has attempted to ride the tiger of popular nationalism, including Ireland, she has lived to regret it. Will the bishops never learn from history?

Have to be Anon. Why I believe in a United Kingdom under which we are free. The SNP and the RCC have played quick and loose which people here in Scotland. Anti English, anti Westminster, anti Tory, anti Labour, anti Lib Dem sentiments abound. I am English and married to a Scot. I have been baited by SNP work colleagues and in laws. Would I feel valued in this divided country that the SNP seems to think would be a united Nirvana? No!

The truth of the SNP is spend for themselves. Their lauded benefit support package is more paid civil servants and no help to those in need. Oh yes do not help or encourage locals into work just invite in more immigrant workers.

Rack up a large debt with no means of paying to bankrupt honest workers but blacken anyone who points out the issues.

Would I be asked for an article? Probably not so glad I am out of the RCC and may what one day back in 'God's own country'. At least we disagreed but try and work together. With the single party state for the last 9 years and where are the improvements, I fear that the ruling National Party of Scotland is next .... and then what!

7. "The Church has not encouraged questioning of the wisdom of dividing an economically viable country made up of four national territories, and whether the same standard of life can be maintained in a post-British Scotland where a tiny tax base will sustain an extensive public sector."
The Bishops Conference has been clear as to its role: "While each of us alone will decide whom to vote for, the teachings of the Church can offer us a guide as we attempt to reach an informed judgement that advances the common good."
8. The Pastoral letter referred to stressed, firstly, the following: "Life: The dignity and value of every human being should be at the heart of politics. The sanctity of human life, protected from its beginning to its natural end, is not a single issue. It is the fundamental issue."
9. Mr Gallagher's description of the Church as having a "managerial role" in Catholic schools highlights ignorance as to the manner of provision of RC education in Scotland.
10. "Archbishop Tartaglia’s growing support for the SNP may yet leave the Church exposed and vulnerable if Scotland becomes a major political headache that acquires global significance." - As has been demonstrated in the above, there is no evidential basis for the premise on which this point is based.

1. "The historically-minded Salmond is mindful of the Church’s role as an emblem of past independence." - Source?
2. Perhaps Mr Gallagher's article would have a little more credibility (although - even then - it would have very little) if he could spell the former First Minister's name correctly.
3. The "stellar praise" referred to is the following: "There is a feeling around that we are in a special moment when we can shape a new Scotland. Our new First Minister, who is happily with us here this afternoon, has proposed a more consensual form of government, less partisan, less party-political, and less adversarial. I think everyone would welcome that … We are all equal in Scotland … all free to express our views and follow our consciences."
Given the notably non-partisan nature of these comments, the criticism made by Mr Gallagher seems unfounded.
4. "Clearly unsympathetic towards Catholic employees in the NHS." - Source?
5. "Archbishop Tartaglia appears to be on the same political journey as the numerous Catholics who have swelled the ranks of the SNP in recent years." - An assertion without factual basis.
6. "Priests in his archdiocese have struggled to separate their pro-independence sympathies from discharging their religious duties." - Source?