The Greens and Catholic Social Teaching

"We don't call them 'refugees' but 'relatives'."

That was the first thing we learnt on being welcomed to a camp in Erbil, northern Iraq.

"And we welcome them into 'centres' rather than 'camps' – so that they feel less like victims."

So said the centre/camp director Fr Douglas Bazi, our host along with Archbishop Bashar Warda of Erbil. They had invested themselves with extraordinary generosity, it quickly became apparent, to welcome the hordes of Christians who descended on the Kurdish capital last summer. 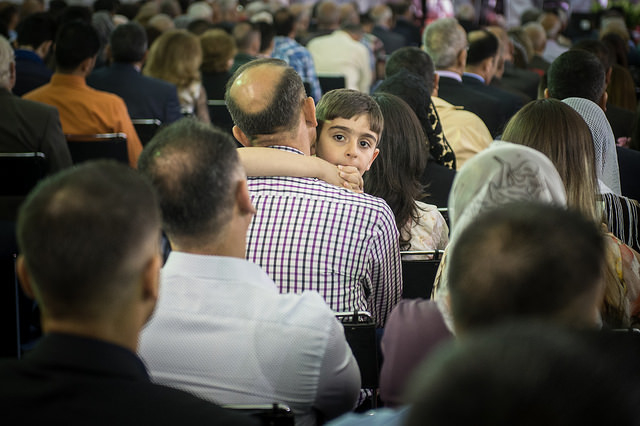 I had heard about the mass exodus that took place one night last June – of nearly all the Christians living in Mosul and on the Nineveh Plain. But it was only by listening to our hosts that I registered the sheer biblical drama of 120,000 people descending all together one night on this city, seeking refuge from so-called Islamic State, who were just 30 miles away. The archbishop had visited Cardinal Vincent Nichols during his visit to London in February to tell him about the situation, and invited him to come and encourage his people.

It became clear over the course of a few days how heroically Archbishop Bashar and the diocese of Erbil had risen to the challenge of this influx. Initially, they housed their newly arrived relatives wherever they could – in the cathedral and churches, in gardens and schools. Then they worked to set up numerous camps where tens of thousands could be housed in containers/caravans, which each family made into a home of their own, albeit a cramped one. 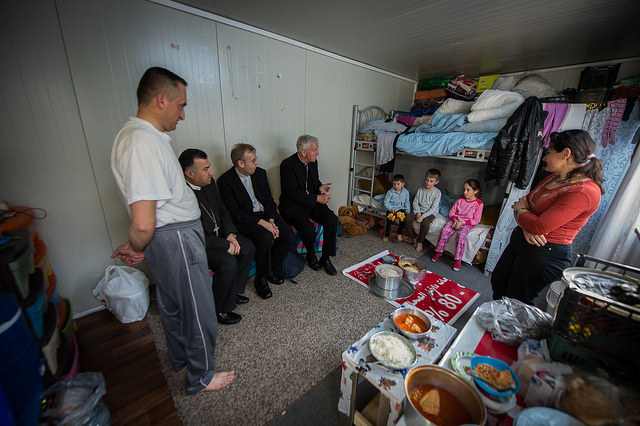 We visited five such Christian centres, and a sixth set up for Yezidi refugees. Most centres have only a few toilets, for which, they told us, a great deal of queuing is required. But the people are grateful for these and for the running water which affords them a few showers and communal sinks to which they bring their washing up and laundry. Everywhere you see washing hanging out to dry; and everyone is well turned out, the children clean and smart.

Whatever time of day we visited, the women were usually busy about the preparation of the next meal. The prepared food stood in pots on the floor: they had no tables. But the caravans were clean and tidy: an Iraqi housewife is clearly proud of her home, however humble. Families were keen to invite us in – to present each child by name and age; to offer us all they could: a seat on the bed, a boiled sweet and a photo opportunity. They were clearly moved to receive under their roof "the Westminster cardinal", as everyone called him, and a blessing. 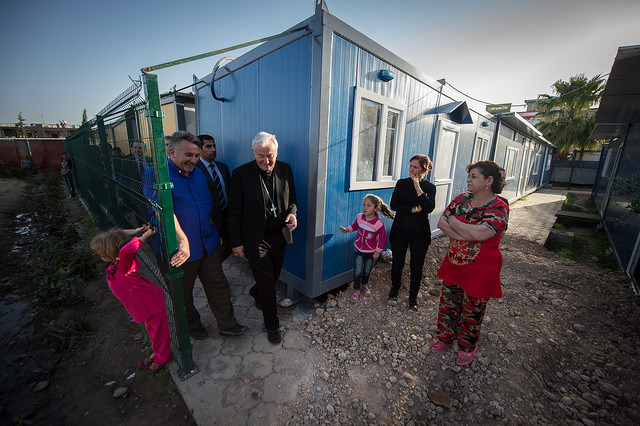 I was struck by the courage written on their faces. The dominant question was "how long?" "How long must we stay here?" "How long before we can go home?" "Or will we ever go home?" "Should we seek another country for our children to grow up in?" Archbishop Warda is convinced of two things: on the one hand, that the social fabric of Iraq needs these Christians to stay; on the other, that each family needs to decide its own future.

He works to maximise their freedom of choice. For example, when they ask directly if they should stay, he tells them they must decide. In the same spirit, he set up seven years ago a fine Christian school so that the next generation can choose what they wish to do with the rest of their lives. He is in the process of establishing a university as well. 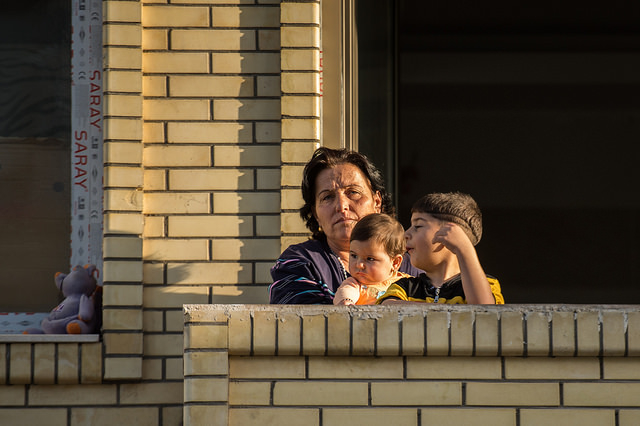 The longer I was there the more it impressed itself upon me what extraordinary leadership Archbishop Bashar and the diocese have shown; and how much of the response to this whole crisis is church-led. It is clearly his leadership that has prevented a crisis from becoming a disaster. It was also impressed me upon me how generously the diocese is stretching its financial resources to accommodate all the people that it can.

When people ask me how we should respond, I reply, "Two things are desperately needed from us: material assistance and prayer. After all, these are not just any ordinary refugees: they are our relatives and they won't survive without us!"

Nicholas Hudson is an auxiliary bishop in the diocese of Westminster

Top to bottom: the displaced Christians meet for Mass; Archbishop Warda takes the cardinal and the author to meet a family living out of one room; Fr Douglas shows the cardinal around the camp; 'I was struck by the courage written on their faces'. Photos: © Mazur/catholicnews.org.uk

Archbishop Welby said in his Easter message that those persecuted must not offer violence, but rather suffer heroically for their faith. Is it any wonder that our established church is regarded as completely out of touch and absurdly irrelevant by so many.